Michael Schumacher may have shelved his holiday plans but for the rest of the Formula 1 family school is officially out for the summer.

How F1 drivers will be entertaining themselves during the three-week break before the European Grand Prix in Valencia on 23 August is a mind-boggling prospect - luckily The Mole has some answers.

Sun, sea and sand are all out for Kimi Raikkonen and Jenson Button, who are keeping the adrenalin pumping by participating in other sporting contests.

Button is taking part in the London Triathlon on 2 August for his chosen charity the Make A Wish Foundation. 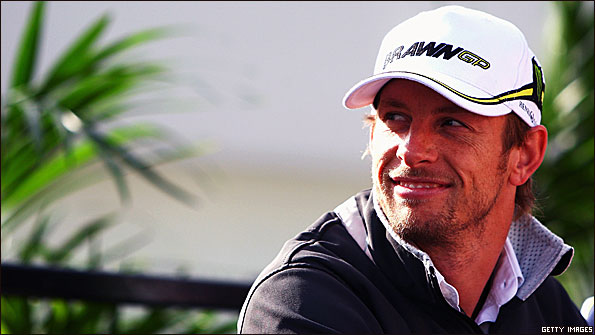 But Frome's world championship leader is no slouch, he'll tackle a 1500m swim, a 40km bike ride and then a 10km run - the same distances covered by Olympic athletes.

Raikkonen is sticking to four wheels and will make his World Rally Championship debut in Finland on 31 July.

The Ferrari man will drive an Abarth Grande Punto in front of his home crowd along with co-driver Kaj Lindstrom, who used to partner four-times world rally champion Tommi Makinen.

Regardless of how Raikkonen gets on over the Finnish gravel, the 2007 world champion is not ruling out trying to become the first driver to capture both the F1 and WRC crowns some time in the future.

Jarno Trulli is heading back to Italy to continue his fundraising campaign for those affected by April's earthquake which claimed nearly 300 lives.

The Toyota driver will pay a visit to his home region of Abruzzo, where the quakes hit, before spending time with his family.

McLaren's Heikki Kovalainen is also homeward bound to north Finland while Red Bull's Mark Webber, whose maiden F1 victory this month is to be commemorated on a stamp in his home country of Australia, is off to his pad in the south of France.

Lewis Hamilton, however, is keeping one eye on his day job after claiming his first win of the season at the Hungarian GP.

McLaren's reigning world champion lives in Switzerland and says: "I will relax a little bit, spend some time with the missus (Pussycat Doll Nicole Scherzinger) and with the family.

"Hopefully I'll come will come back to Valencia with another step forward and another opportunity to get onto the podium."

Button's Brawn team-mate Rubens Barrichello had considered staying in Hungary to be close to friend and fellow F1 driver Felipe Massa, who is recovering in a Budapest hospital after crashing during qualifying.

Massa is said to be progressing well after surgery on his fractured skull, sustained after a spring from Barrichello's car struck his helmet just above his left eye.

But following Massa's improvement, Barrichello has returned to his family holiday in the United States before his two sons go back to school. 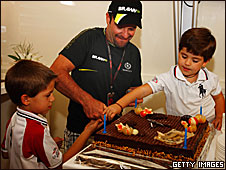 It's not only the drivers who are having a holiday, for the first time the teams have all agreed to an enforced fortnight off for the main body of their F1 staff.

The 10 teams on the grid have signed a legally-binding agreement not to work on their car development or production for two weeks out of the next three.

"It's a well-deserved respite for the guys," reckons Red Bull boss Christian Horner. "We can't keep pushing them at the rate they are going."

The agreement won't be formally policed and McLaren team principal Martin Whitmarsh says: "There will doubtless be a few rumours and speculation of people being in breach but I think there's a sincere attempt by everyone to honour it."

Not everyone, however, is so keen on the idea, which aims to cut costs.

"We went along with it because a number of people were very keen on it. But it will increase our costs, it won't reduce them."

Oh well, at least most people in F1 won't be spending the next three weeks battling through a gruelling training regime. Just you on that one, Herr Schumacher.