ABBA's Waterloo was declared the winner of Eurovision: Come Together! In our show saw the public vote for their favourites, on the night that this year's song contest was due to take place. The song which won the contest in Brighton in 1974, topped the UK charts and set them on their way to fame, went on to sell nearly 6m copies. Waterloo was featured in an eclectic short-list of classic and modern songs, with the winner chosen by the public. The top 10 votes are published in order below. 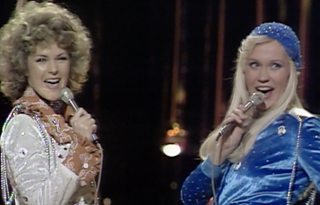 The top 10 songs voted for by the public are in order as follows...

May means Eurovision on the BBC