Are our children to blame? 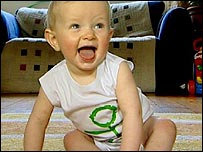 Normally the birth of a child is a moment of pure celebration. Not for me.

When my lovely daughter Elsa was born (our third child) I had to justify her very existence.

Her birth came half-way through my year of carbon cutting as the BBC's Ethical Man so my family life was under intense scrutiny.

I discovered that lots of people (who I am sure are very pleasant in their everyday lives) believe very strongly that the world is already full, and new Elsas are simply not welcome.

So is the burgeoning human population really the cause of our climate crisis?

It is easy to see why so many people believe that it is. People are responsible for greenhouse gas pollution, so - the argument runs - the more of them there are, the more damage they will do.

One reader of my blog last week asserted that "the human population could do with a good 25% knocked out."

Strong stuff! But it is certainly true that for the last couple of centuries population growth has been inextricably linked with the use of fossil fuels. 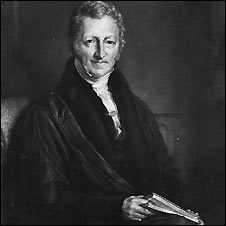 Indeed, the big mistake made by the original prophet of population doom, Thomas Malthus, was his failure to appreciate how fossil fuels would transform the world economy.

To be fair, it would have been hard to foresee, back in 1798, how industrialisation - powered by fossil fuels - would create the vast agricultural surpluses that would sustain a huge increase in population.

But his mistake points to the real culprit here: the problem is pollution not people.

Why? If we were to successfully "decarbonise" our economies then - in terms of the climate at least - the vast human population would not be a problem.

But that is a big "if". The distinctly lacklustre deal at Copenhagen suggests that the world isn't going to reduce greenhouse gas emissions anywhere near as quickly as the science says is necessary.

And the population is rising. You'll find no shortage of frightening statistics at the website of the new Malthusians at the Optimum Population Trust, which campaigns to reduce population. It details how world population is expected to swell from 6.8 billion this year to 9.1 billion in 2050.

But with the New Year looming let's not dwell just on the negatives.

The OPT's forecasts stop in 2050 and there may be a good reason for that. After 2050 it is expected is that world population will stabilise and then, very gradually, begin to reduce.

That's because there has been a dramatic fall in fertility worldwide. 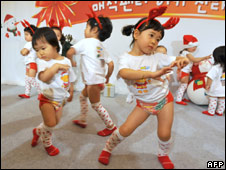 The key figure in population statistics is 2.1. That's what is called the "replacement rate", the number of children per couple that would keep the population stable. Any higher than 2.1 and the population will rise, any lower and it will fall.

As recently as the 1970s only 24 countries - all of them rich - had fertility rates of 2.1 or below. Within the next few years the fertility rate of half the world will be 2.1 or less and will include countries like Brazil, Indonesia, China and even South India.

Sometime between 2020 and 2050 the world's fertility rate will fall below 2.1, at which point the long term trend will be downwards.

So while we undoubtedly face a population explosion now, pressure will ease over time.

And away from the queues and chaos of Copenhagen there is cause for optimism about the world's move towards a low-carbon economy.

On my travels around America earlier this year, I saw all sorts of exciting developments - technological breakthroughs, vast investment in renewable technologies, and a growing army of climate activists with friends in the highest places.

But the most inspiring thing of all was the sense that many Americans realise that a low-carbon energy revolution could be the key to America's future prosperity, kick-starting the American economy. 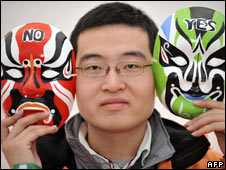 And, despite its obstructive position in Denmark, China also recognises the huge potential market of sustainable technologies too - make no mistake about that. The country is also investing billions trying to steal a march on the rest of the world.

Indeed, the coming decade should see an international race to develop the world-beating sustainable technologies.

The question now is whether these two trends - the move to a low-carbon economy and falling fertility - will happen fast enough.

But there is a further factor to consider when assessing how ethical it was to have Elsa.

Another commenter on my blog last week, Krupt, hits the nail on the head when he writes "20% of the worlds population consumes 86% of the world products and food. Bon appetite."

"To suggest", he concludes, "as many of my correspondents do, that population growth is largely responsible for the ecological crisis is to blame the poor for the excesses of the rich."

Which, unfortunately, still doesn't get me off the hook.