"He left us doing what he loved to do".

But they could equally have been spoken about Marco Simoncelli, who died a week later at the Sepang MotoGP. Or Ayrton Senna and Roland Ratzenberger, killed over one terrible weekend in San Marino in 1994.

Or Nodar Kumaritashvili, who lost his life in a training run for the luge competition at the 2010 Winter Olympics in Vancouver.

To reach the top at your sport demands incredible dedication and sacrifice - but should that sacrifice involve your own life?

Some sports are inherently dangerous - travelling at speed, in a car, on a bike or a horse, or down an icy slope, will never be risk-free. But the thrill involved is incredible. In the last two years, I've taken rides which left me full to the brim with adrenalin.

Before my trip to Vancouver last year, I had the privilege of a bobsleigh run at Igls in Austria, piloted by top Team GB driver John Jackson.

During the summer, I was taken on a hair-raising drive around the TT course on the Isle of Man, in a car, happily for my nerves, rather than on the back of a bike, but still at speeds reaching 150 miles an hour.

The buzz on both occasions was incredible, but I was quite relieved when they were over. 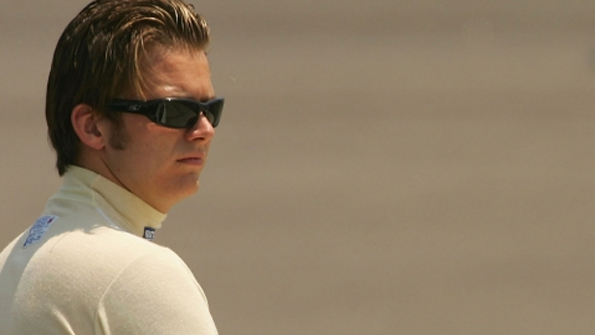 For some special individuals, that buzz is like an addiction. For a BBC Radio 5 live sport special, we've spoken to some of those who've spent their lives close to the sporting edge.

When Sir Jackie Stewart was driving in Formula 1, between 1965-73, the chances of a racer who competed for five years being killed in a crash were two in three.

He lost many friends on the track, and he echoed the words of Clive Wheldon when he told me: "His father said, 'I know that Dan knew the risks and if he were to die, he said he would be dying in the circumstances that he most wanted to be part of, and that was driving a racing car. That's the excuse we all make to our families and to our close friends."

Professor Sid Watkins was a close friend of Ayrton Senna, and one of the first men on the scene after his fatal crash 17 years ago. That experience haunts him still.

"It was one of the worst weekends of my professional life. Niki Lauda said that God took his hand off Formula 1 that weekend."

Sir Jackie and Professor Watkins were both very active in campaigning for Formula 1 to be made safer, and no F1 driver has died racing since those black days in San Marino.

Safety was also hugely improved in the boxing ring following the terrible head injuries sustained by Michael Watson in his fight with Chris Eubank twenty years ago. But again, no sport which inflicts repeated blows to the head can be totally risk-free.

In 1994, Bradley Stone died despite walking away, seemingly unaffected, from a bout against Richie Wenton. A few hours later he was in a coma from which he never emerged. Wenton told me he will never escape the sense of responsibility for Stone's death.

"It's something that you've done, not anyone else, not the referee, not the corner men, not the trainers," he said.

"It was a complete and utter accident, but it never goes away - that cloud is always there. Even on my death bed that cloud will still be there."

Five-time Olympian Mary King broke her neck in 2001 while exercising horses at her home but less than a year later, she was back competing at the top in three-day eventing.

The statistics in the sport look terrifying - according to one report, between 1997 and 2008, 37 riders died as a result of injuries sustained in the cross-country phase, covering all levels of the sport from grass-roots upwards.

But for King, the love of what she does outweighs the risks, and she told me she'd be delighted if her 15-year-old daughter Emily, already a promising eventer, emulates her achievements in the future.

Emily has already had her fair share of injuries, fracturing her pelvis in a fall in May last year.

It's an intriguing question whether women - and particularly mothers - are judged differently for pursuing risky sports.

After the death of Kumaratishvili in Whistler last year, British skeleton silver medalist Shelley Rudman was asked whether her attitude to her event had changed since the birth of her daughter, Ella. She was quick to point out that no-one had asked similar questions to her partner, fellow GB slider (and Ella's father) Kristan Bromley.

So is it acceptable for athletes to put their lives at risk in the name of sport - and for the entertainment of the rest of us? If you remove the danger, do you also remove the excitement?