Looks like everyone in Walford's going dance crazy. Fatboy, Sol and Asher are training up, ready to dance with Flawless who tweeted to the one the only Fatboy. "Shout out back at my homeboyz @flawlessuk. Respect", replied @manlikefatboy. It ain't only Flawless that Fatboy's caught the attention of… He tweeted Omarion who replied "@manlikefatboy lol!!". LOL indeed.

From raps to gaps, Stevie and the GapYah guy have been reminiscing about Phi Phi. @GapYah tweeted, "You were HILARIOUS at Araminta's pad. Was it chunder central back Walford? Must visit your EastEnd pad soon for banter". Poor girl!

Olly's been up to his usual antics… "Off to claim what's rightfully mine!". He nicked back the memory bed. How does Olly sleep at night? Very comfortably, we imagine. At least Stevie's handling it well. She's already moving on... to MASOOD! "Oh, Masala Masood man, wherefore art thou?", Stevie gushed.

Follow the E20 S2 crew for up to the minute updates @Stevie4Olly, @badgal_naz, @OllyManHall and @manlikefatboy. Episode 5 will be online from 21st September 8pm. 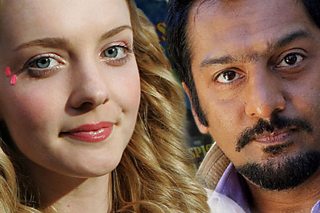