Flawless are going to be in E20 S2... Watch out Walford! Marlon 'SWOOSH' Wallen rested his dancing feet, sat back, and chatted about the experience on E20 S2.

"We were contacted by the Producer, Deborah Sathe, who is a good friend of mine. We'd worked together a few years ago on other projects. We are definitely fans of EastEnders and it was very exciting to be involved in playing a role, as Flawless. I remember all of us sitting in the Square saying "oh my goodness we are actually here!" Everyone was so friendly and we took loads of pictures.

Watching EastEnders you wouldn't normally see dance used within the show and for that reason with such a high profile programme and large viewing figures it's exciting because EastEnders: E20 is raising awareness of dance - it has loads of surprises and dance is one of them. It's what Flawless is all about, not only for dance but most importantly to encourage people to chase their dreams whatever they may be."

Watch EastEnders: E20 as Sol and Asher train up for the ultimate dance competition, flexing their skills against Fatboy. 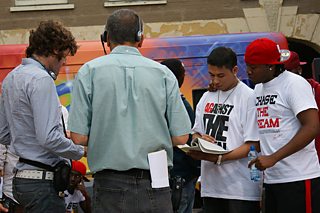 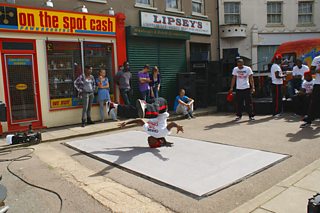