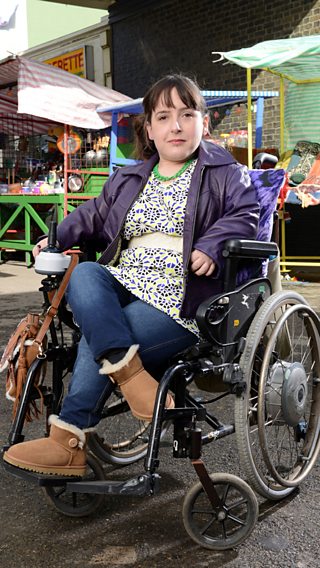 Loudmouth Donna always has to be top dog and will go to any lengths to achieve this. Never one to let her guard down, she takes no prisoners and always has to have the last word. But is her in-your-face persona all a front?

"I’m really excited to join the cast of EastEnders," Lisa revealed. "It’s a great opportunity to be a part of such a big and popular show. Donna is a bit of a handful but they’re always the most fun characters to play! It feels good to be bad!”

Dominic Treadwell-Collins, Executive Producer added: "Donna’s not an easy character to like at first. She’s flinty, aggressive and difficult. As we get to know her better however, we will discover a funny, loyal but also fragile woman underneath.

"Lisa is a brilliantly comic and sharp actress and we’ve been trying to get her into the EastEnders cast for a long time - so I’m delighted that it has finally happened."

Lisa’s previous TV work includes Psychoville, Bleak House and Max & Paddy’s Road to Nowhere, after starting off in Grange Hill when she was 13. Her first EastEnders scenes will air this April.