Have you missed her as much as we have?

After taking a break to work on her memoirs and present the BBC One documentary 'Respect Your Elders', June Brown is set to return in January 2013.

Walford has sorely missed our gossiping laundrette legend... well she has been an Albert Square resident since 1985! Dot will come home shortly after the Branning family are blown apart following an explosive Christmas...(duff duff...etc).

Looking forward to her return, Executive Producer Lorraine Newman commented: "Dot is one of the EastEnders best-loved characters and Albert Square hasn't been the same without her". 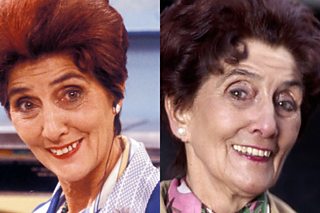 Photo spoilers: There's no going back...