We caught up with Jacqueline Jossa to find out what she thinks of Lauren’s changing style, whose ‘Enders wardrobe she’d love and the pressure of the red carpet.

Would you wear Lauren's clothes?
I wouldn't wear Lauren's stuff but I like it. When I try to describe my style, it sounds the same, but it's not. Like, sometimes I see something in a shop. And it’s only when I try it on that I'm like… "Oh no! That looks too much like Lauren!”

How would you describe YOUR style?
I tend to stick to dark colours  – black, grey, brown. Except when I go out. In the evening, I'll wear a red dress. I wear a lot of dark make-up. Dark eye shadows, big eyes, eyelashes.

How has Lauren’s style changed since you first joined?
At first she was trying to find her way, she was confused. And she didn’t really care. Like jeans, check shirts, whatever. Now she’s taking more effort with her hair, make-up, what she wears.

What’s inspired her to change?

She’s nearly 18 and Whitney’s got a boyfriend and everyone seems to be moving on. She’s just staying the same. She still hasn’t got a boyfriend. I think her relationship with Ryan made her think “Right! I’ve got to get my look down!”

This morning you saw some of Lauren’s new clothes. What’s next for her?
I got really excited this morning because I found out that Lauren has some heels! She's never had heels before. Her style has completely changed. She thinks slightly more. Matches more. More colours. I think she cares what she looks like a little bit more. She’s growing up! 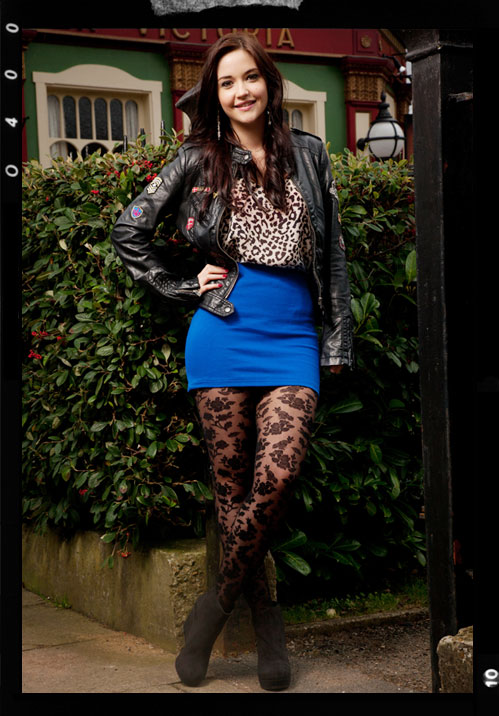 Are there any characters whose wardrobe you’d like to steal?
Yes! Lucy! Her clothes are really nice. Basically, Hetti prefers Lauren's clothes, and I prefer Lucy’s. I have a lot of Lucy’s clothes in my own wardrobe. So if there’s something Hetti doesn’t like , I'm like "Ahem! I have that!"

I love Lucy’s shoes as well. She's got these big black heel ones for her nights out. They're really cool. And she's got high heels, which Lauren is just starting to have… 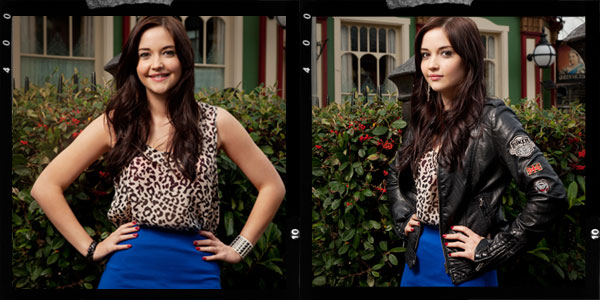 Which celebrities' style do you like?
Pixie Lott, Selena Gomez... I love Selena Gomez's style. She's cool. I like Jessie J, but I wouldn't wear half the stuff she wears. But I like her stuff. If I was brave enough I would… 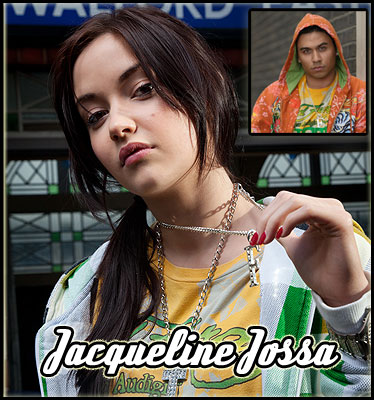 You’re up for Best Newcomer, which Ricky Norwood won last year, so we’re dressing you up in Fats’ threads. What do you think?

Aiiiiiiiiiight! I love it! I’m gonna take a picture and send it to Ricky! [Assumes street pose and texts it to Mr Norwood, giggling like mad]

How do you feel about being nominated for Best Newcomer at the NTAs?
I think it's an award in itself really because I've never been nominated for anything. I've never won anything in my life... except for races. I used to always come first in my school races. Just want to put that out there...

So assuming you’re not going to stea to steal Fats’ style, what are you going to wear to the awards? I haven't got a clue. Everyone’s telling me I should wear a long dress… I don’t know! Shona (Whitney) always has an outfit in mind. Then it worries me and I think "Oh god! I don't know!" 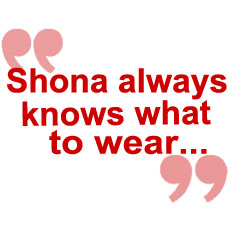 So do you guys talk about this stuff?
Yeah! Shona always knows exactly what to wear. She'll have three in her head and pictures and I'll be like, "Oh no! I need to think about this!" I just don't really think about it. I should though. I'm going to. For this one. Cos it's quite important..."

So you’re feeling the pressure, then?
[Laughs] Well , I am now… THANKS!

Will you get dressed together for the NTAs. Will it be like a big night out?
I think it will be, but I'll be more nervous this time. I think we're all going together, all the young ones. There'll be Danielle (Lola), Shona (Whitney), Matt (Anthony), Tony (Tyler), Ricky (Fatboy) might come from here, Himesh (Tamwar), Meryl (Afia) might. I can’t wait.