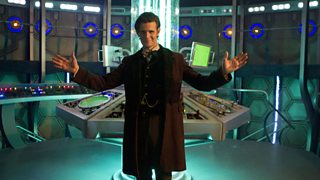 The nominees for the 2013 British Academy Cymru Awards have been announced and Doctor Who is represented in two categories.

William Oswald is nominated for his editing work on the 2012 Christmas Special, The Snowmen and the Doctor Who Sound Team is nominated in the Sound category. Congratulations also to Doctor Who’s new executive producer, Brian Minchin, who has received a nomination in the Children’s Programme category for the CBBC series, Wizards vs Aliens.

The winners will be revealed at the British Academy Cymru Awards ceremony which will be held in Wales on Sunday, 29 September, 2013. Good luck to all the nominees!

The Line-Up for Doctor Who Live: The Next Doctor