We are just over halfway through this series. Here's what you can expect from episodes 9 and 10. 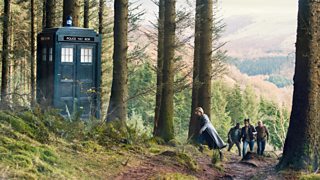 Episode Nine: It Takes You Away

On the edge of a Norwegian fjord, in the present day, The Doctor, Ryan, Graham and Yaz discover a boarded-up cottage and a girl named Hanne in need of their help. What has happened here? What monster lurks in the woods around the cottage – and beyond? 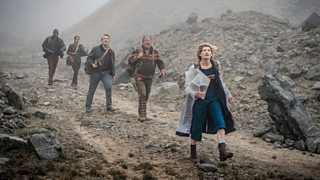 On the planet of Ranskoor Av Kolos, lies the remains of a brutal battlefield. But as the Doctor, Graham, Yaz and Ryan answer nine separate distress calls, they discover the planet holds far more secrets. Who is the mysterious commander with no memory? What lies beyond the mists? Who or what are the Ux?

The answers will lead the Doctor and her friends towards a deadly reckoning.

Catch up on the series so far on BBC iPlayer.