New Doctor Who companion to be revealed on Saturday 23 April 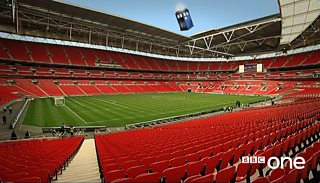 We can officially confirm that the new Doctor Who companion will be revealed exclusively on BBC One Match of the Day Live (MOTD Live) on Saturday 23 April, during half-time of the FA Cup semi-final between Everton and Manchester United.

The MOTD Live coverage will start on BBC One at 4.50pm with kick-off planned for 5.15pm. We’ll also post news on the new companion as it is revealed, so checkout the website and official Doctor Who Twitter, Instagram and Facebook accounts for more updates.

Now, the question on everyone’s lips is, Companion Who?