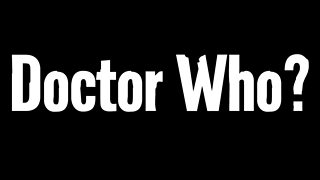 Back in June we confirmed that Matt Smith would be leaving Doctor Who and since then there’s been intense speculation about who would be taking over the role of the Doctor. But the guesswork and conjecture end this weekend… The BBC will reveal the identity of the next Doctor during a live BBC One show that begins at 7pm on Sunday, 04 August. You can watch a trailer for the programme now!

The news about the announcement has been delivered in the following press release:

Doctor Who Live: The Next Doctor

In a special one-off live television event on BBC One this Sunday 4th August at 7pm, the next Doctor will be exclusively revealed to the nation.

Widely regarded as one of the most hotly contested roles in British television, the show's host Zoe Ball will unveil the 12th Doctor in the first ever interview in front of a live studio audience set against the backdrop of a swirling vortex, amongst Daleks and the TARDIS.

The half hour show will include live special guests, Doctors old and new, as well as companions and celebrity fans.

Excitement will reach fever pitch as they speculate and recall their favourites, plus feature clips and moments from across the show's 50 year history.

Current Doctor Matt Smith and lead writer and executive producer Steven Moffat will both give interviews about one of the biggest roles in TV and set out just what it takes to be the Doctor.

Steven Moffat says: “The decision is made and the time has come to reveal who’s taking over the TARDIS. For the last of the Time Lords, the clock is striking twelve.”

Charlotte Moore, Controller BBC One says: “BBC One is the home of big live events and this special live show is the perfect way to reveal the identity of the next Doctor and share it with the nation. The Doctor is a truly iconic role and I’m more than excited about the booking.”

Ben Stephenson, Controller, BBC Drama Commissioning says: “We can't wait to unveil the next Doctor with everyone live on BBC1 on Sunday night.  Amongst all the speculation and betting, there has been lots of fun and intrigue at work as we've been using the codename Houdini as a decoy! It’s the biggest secret in showbiz, even those working with the new Doctor on other projects at the moment have no idea they are in the presence of the 12th incarnation.”

Keep up to date with all the latest news about the show and special guests as we build to the big climax over the next few days and follow www.facebook.com/BBCOne, @ BBCOne and @bbcdoctorwho and bbc.co.uk/doctorwho

The special live show is made by BBC Entertainment and Events for BBC One, Guy Freeman is Executive producer and Pinki Chambers is Executive Commissioning Editor. Commissioned by Charlotte Moore, Controller BBC One.

The show will be simulcast live on BBC America.  Doctor Who is produced by BBC Cymru Wales.

Before the announcement we’ll bring you lots more exciting news, including how you can be part of the big reveal!

The next Doctor will be revealed on Sunday… More news soon!

The Daleks to Return in the Anniversary Special!