The arrival of the Thirteenth Doctor gave Doctor Who the highest series launch ever. 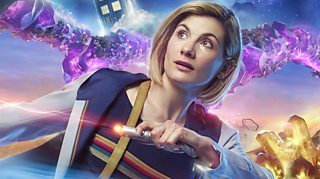 With BARB’s new -4 screen measurements, which includes viewing through a TV screen as well as non-TV online devices, episode one of BBC One’s Doctor Who received a 4 screen consolidated figure of 10.9 million viewers.

This makes it the highest ever series launch episode for the drama since the show returned in 2005 (10.8m).

The consolidated volume also makes Doctor Who the number one drama launch of the year so far.
The series opener has also proved a big hit with 16-34 year olds, with 1.8million watching the first episode.

Chris Chibnall, Showrunner, says: “On behalf of the entire Doctor Who team, a huge thank you to viewers for taking Jodie’s Doctor and her new friends into their hearts, in such huge numbers. It’s a thrill being deluged with pictures of families snuggled up together, kids (and adults) hiding behind sofas (they actually do that!), and seeing all the extraordinary creative artwork inspired by the show. The journey of the Thirteenth Doctor is only just beginning. Next stop: Alabama 1955.”

Charlotte Moore, Director of BBC Content, says: "It's incredibly exciting to see the audience responding to Jodie Whittaker's Thirteenth Doctor in such huge numbers. The brilliant Chris Chibnall's new series is an epic adventure on every level, full of so much wit but a scary, edge of your seat adrenaline rush too. "

Doctor Who continues on BBC One this Sunday at 6.55pm. The first two episodes are available on BBC iPlayer.