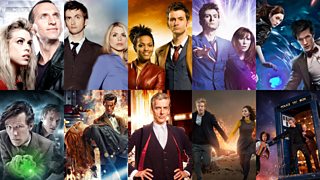 Doctor Who fans excited for the highly-anticipated new series this autumn are in for a treat this summer, as every episode since the 2005 revival will be available to watch on BBC iPlayer from Monday 4th June for six months.

Ahead of Jodie Whittaker taking up the mantle of the Thirteenth Doctor, all ten series will be available to watch as boxsets on BBC iPlayer, including every special from the past 13 years of the Doctor’s adventures, including mini-episode The Night of the Doctor. Fans can take the TARDIS back to 2005 to enjoy every moment from Christopher Eccleston’s Ninth Doctor first meeting Rose, right up to Peter Capaldi’s Twelfth Doctor’s final moments in Twice Upon A Time.

The series has been one of the BBC’s biggest successes since returning in 2005, and has seen an extraordinary number of big names appear on the show. In addition to Eccleston and Capaldi, David Tennant and Matt Smith both had star-making turns as the Tenth and Eleventh Doctor respectively, and big-name guest stars include Carey Mulligan, Simon Pegg, Derek Jacobi, Kylie Minogue, Andrew Garfield, Felicity Jones and Bill Nighy.

So what are you waiting for? Grab the popcorn and head over to BBC iPlayer now!