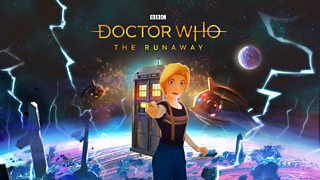 A brand new Doctor Who virtual reality experience lets fans step inside a VR version of the TARDIS for the first time. Doctor Who: The Runaway, is out for free in the UK today on the Oculus Store, Vive Port and on the BBC VR App, and can be viewed on a range of VR headsets.

Jodie Whittaker voices an animated version of the Thirteenth Doctor, who recruits the viewer as her unlikely assistant in a race against time to return a strange and potentially dangerous creature called Volta to his home planet. Armed with their own sonic screwdriver, it’s down to the viewer to help the Doctor as she faces the forces of evil in this immersive VR story. 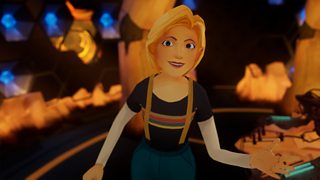 Fans who don’t have headsets at home may be able to catch Doctor Who: The Runaway at their local library, as part of the BBC VR Hub’s VR tour. To find out if your local library is showing it check this online schedule, which is being updated each week with details of where the tour is heading next.

Doctor Who: The Runaway will be coming to international audiences at a later date. First look at Doctor Who VR: The Runaway