P.S. What Happened to Brian and the Ponds? 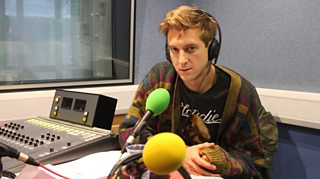 Arthur Darvill at the recording of the new video, Doctor Who: P.S.

The new video, Doctor Who: P.S. is available to watch now!

Rory’s dad, Brian Williams, only appeared in two episodes but swiftly established himself as a favourite amongst Doctor Who’s audience. After Amy and Rory’s heart-breaking departure in The Angels Take Manhattan we received many emails asking what happened next to Brian. Did he ever find out what took his son and daughter-in-law? If so, how? And would Brian – and viewers - ever learn more about Amy and Rory’s life after the Doctor?

A special scene was written by Chris Chibnall that revealed some of the answers but sadly, the sequence was never shot. However, we’re happy to announce that we’ll be bringing you the scene tomorrow. Using animated storyboards and a voice-over specially recorded by Arthur Darvill, we’ll discover more about Brian and the Ponds, post-Angels.

It begins with Brian alone, doing what he once told the Doctor must be done – watering the plants. But his life is about to change forever…

Doctor Who’s Executive Producer, Caro Skinner, said, ‘We’re delighted we can present this lovely scene written by Chris Chibnall. People took Rory’s dad, Brian, to their hearts very quickly, so it’s fitting we can give the character a degree of closure in this poignant piece.’

Doctor Who: P.S. is a short video written by Chris Chibnall and is essential viewing for anyone who wants to know more about what happened to Brian, Amy and Rory. You can enjoy it now!