12 of the Twelfth Doctor’s Greatest Moments 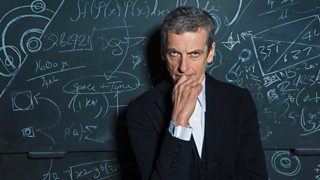 As filming continues on the new series we look back on 12 of the Twelfth Doctor’s greatest moments so far. Drumroll, please… In no particular order, here’s our Doctorish dozen! 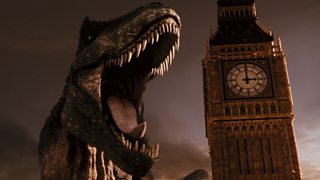 The first individual the Twelfth Doctor tried to help was actually a dinosaur, putting his life in jeopardy to defend a vulnerable creature that found herself a long way from home. If that doesn’t define ‘hero’ they must have changed the meaning of the word when we weren’t looking.

Are you my mummy? 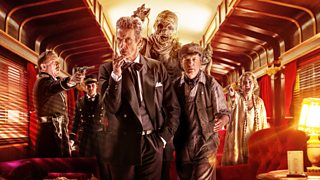 In terms of being a hero, the Twelfth Doctor really stepped up to the plate in Mummy on the Orient Express, taking the place of the Foretold’s next intended victim. He put his life on the line, saved the day and even had time for a mummy gag that we’d not heard for (band)ages. 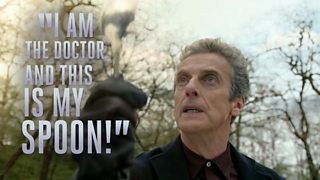 Any old hero could defend himself from Robin Hood using a sword… Where’s the fun in that? Only the world’s greatest hero would use a spoon! 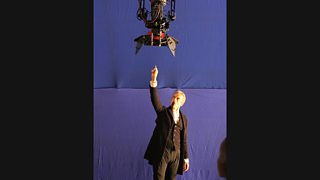 The Doctor is plummeting to Earth. Chances of survival falling as fast as he is. Missy and Sebastian look on in disbelief as he tugs his TARDIS key from an inside pocket and begins diving towards the little blue box… Sebastian asks for permission to squee so Missy shoots him. Harsh! We’d have said, ‘Go ahead!’ and probably joined in…

It’s all in the eyes… 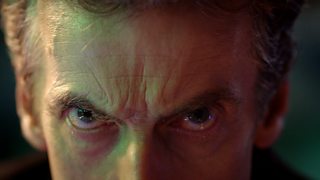 We got a sneak peek of the Twelfth Doctor in the 50th anniversary special and the internet folded into itself in sheer delight. Quite right, too. 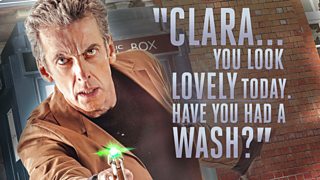 We love the Doctor’s banter with Clara and this line from The Caretaker is one of our faves. 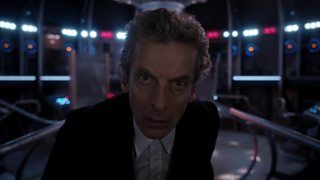 The scene in Flatline where the Doctor tears from the TARDIS and banishes the Boneless is an absolute belter and if you’re not cheering when he declares, ‘I am the Doctor!’, well, check you’ve still got a pulse!

What’s so great about this sequence from Into the Dalek? The Doctor/Clara banter? The Time Lord asking Morgan, ‘Are you the same one as before?’ (and the look on the soldier’s face as he replies) or the way the Doctor simply gives an unfazed ‘Hello, again,’ to the Dalek? Take your pick and enjoy the scene…

‘Do you think I care for you so little that betraying me would make a difference?’ 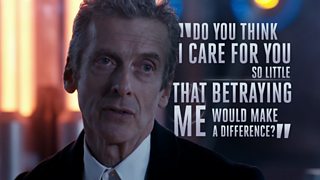 The moment in Dark Water where the Doctor declared he would go ‘to hell’ for Clara confirmed what we always knew. Beneath that prickly exterior there beats hearts of gold.

The Eleventh Doctor regenerates and boom! Hello, Twelfth Doctor! He had us at ‘Kidneys’. 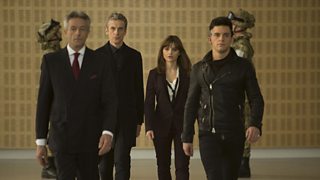 We love the scene from Time Heist where the ‘Doctor’s Four’ enters the Bank of Karabraxos because the Doctor just looked so cool. Slo-mo, stylish outfit and awareness that as usual, he was strolling into Big Trouble? Check, check, check.

Okay, it’s a bit of a cheat but one of our fave moments is always the next one. The one we haven’t seen yet. When the Doctor returns later this year he’s set for a rematch with Missy in a two-part adventure written by Steven Moffat, filmed in part in Tenerife… You don’t need to be a time traveller to know it’ll contain a few more moments we should be adding to this list!

So, that wraps up our ‘12 of the Twelfth Doctor’s Greatest Moments’. Which of your fave moments from the last series did we miss out? Tweet us at @bbcdoctorwho to let us know! 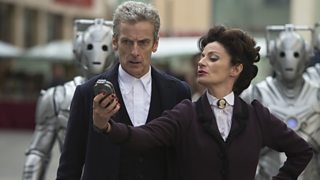 There’s a new Doctor Who game on the blocks…