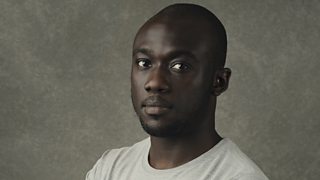 Launching this autumn on BBC One, the highly anticipated new series of Doctor Who will be scored by burgeoning composer Segun Akinola.

The Royal Birmingham Conservatoire alumni will provide an exciting and emotional score beckoning in a new era for the show, including a fresh take on the legendary theme tune.

As part of the BAFTA Breakthrough Brit program in 2017, Segun has already been recognised as one of the rising stars among British composers.

Segun’s modern, rich and varied work on programmes such as Black and British: A Forgotten History attracted the attention of Showrunner, Chris Chibnall, who said: “Welcome to the Doctor Who family, Segun Akinola! We’re over the moon Segun's agreed to join us, to provide the score for the next phase of the Doctor Who adventure. From our very first conversations, it was obvious Segun was a passionate, collaborative and delightful human being as well as a fantastic and bold composer.  We’re looking forward to introducing the world to his exciting and emotional soundtracks for the Thirteenth Doctor.”

Segun Akinola, said: “Doctor Who is woven into the fabric of British culture and recognised globally. I am absolutely thrilled to be given the privilege of working on such a beloved series and to bring my musical voice to it.”

Segun Akinola is a multi-talented composer who has strengthened many projects with his musical acumen. A BAFTA Breakthrough Brit, Segun’s work will be heard in the upcoming series of Doctor Who, which features the first female Doctor, portrayed by Jodie Whittaker.

Segun’s other work includes scoring BBC Two’s landmark four-part series Black and British: A Forgotten History, written and presented by Historian David Olusoga. He also scored Shola Amoo’s debut feature film A Moving Image, which had its world premiere at the 2016 LA Film Festival, won the Special Recognition in Narrative Directing award at BlackStar Film Festival 2016 and had its European premiere at the 60th BFI London Film Festival in 2016. His score for Dear Mr Shakespeare received an Honourable Mention for the 2017 BSO Jerry Goldsmith Award for ‘Best Original Score for a Short Film’. Recently, he completed the scores for the major three-part series The Human Body: Secrets of Your Life Revealed and two-part series Expedition Volcano, both for BBC Two and PBS.

Other credits include writing original music for the BBC Panorama special The VIP Paedophile Ring: What's the Truth?, BHS: How Did It Happen? and the 3D documentary 1 Way Up, produced by Academy Award-winning American producers Shine Global, which aired in the UK and USA. Segun has worked on a number of short films, including scoring Radix Film's The Trip starring Sope Dirisu and Gillian Saker. His work has screened at acclaimed festivals like Sundance, the London Film Festival, LA Film Festival, BlackStar Film Festival and many others.

After initially learning the piano and drums at a young age, he later turned his attention to composition, graduating from the Royal Birmingham Conservatoire with first-class honours  and the National Film and Television School with an MA in Composing for Film and Television. He currently resides in London.