9 Missing Episodes of Doctor Who Discovered 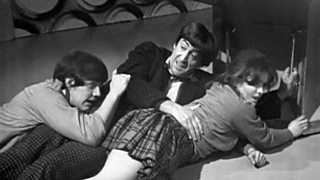 It’s been announced that 9 missing episodes of Doctor Who have been discovered. All the episodes are from the Second Doctor’s era and come from two stories – The Enemy of the World and The Web of Fear.

The Enemy of the World first aired on BBC One in December, 1967. Episodes 1, 2, 4, 5 and 6 had been missing from the BBC archives but have now been found which means that a complete version of this classic six-parter now exists.

Episodes 2 – 6 of The Web of Fear were feared lost forever but now episodes 2, 4, 5, and 6 have been recovered. This means that now, aside from episode 3, this adventure also exists in its entirety.

Both stories star Patrick Troughton as the Doctor plus Frazer Hines as Jamie and Deborah Watling as Victoria. The Web of Fear introduces the much-loved character Alistair Gordon Lethbridge-Stewart (later known as the Brigadier) whilst The Enemy of the World is unique insofar as Patrick Troughton also stars as the story’s main villain – the evil Salamander.

You can watch a clip from episode 3 of The Enemy of the World or check out a moment from episode 1 of The Web of Fear.

The Ultimate Doctor Who Monster or Villain: Nomination #3: The Silence

The Ultimate Doctor Who Monster or Villain: Nomination #4: The Master