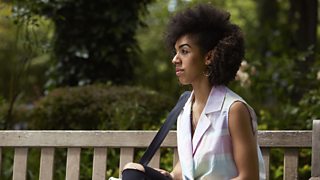 Got the post-series blues? Missing the Doctor, Nardole and that chip-serving, world-saving, time-traveling marvel - the brilliant Bill Potts? Well, you’re not alone!

We can’t go back in time to 23 April, 2016 to enjoy Bill’s introduction in Friend from the Future, but luckily, we don’t need to! All her adventures with the Doctor are available on BBC iPlayer until the end of July, 2017. But if you’re wondering which ones to watch again, here are six of our favourite moments with Bill that might help you decide! And if we’ve not mentioned your fave Bill moment or episode, let us know on the official Doctor Who Twitter feed!

Friend from the Future
It was the first time we met Bill and frankly, she had us at ‘Why do they keep saying exterminate?’ She made her mark from the get go with her cheeky humour, constant questions, sass and style! Friend from the Future was later revealed to come from her first adventure with the Doctor: The Pilot. Welcome aboard, Ms Potts! 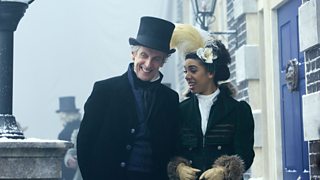 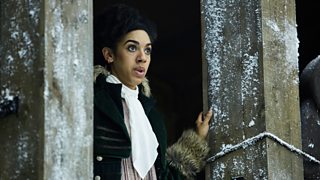 ...where she found out more about monsters, the Doctor and herself.

Bill on Thin Ice
Bill’s first trip into the past was the joyous Thin Ice. Her delight at the Frost Fair, warmth towards the homeless kids and her compassion for the creature under the Thames made this episode a fantastic adventure for Bill. We also loved her gradual understanding of the Doctor. ‘No time for outrage?’ she mused at one point. ‘You've never had time for anything else, right?’

Date Night!
Okay. Spoiler alert. This wasn’t the real Bill, but we reckon that hilarious date scene in Extremis is one of Bill’s funniest moments! Pearl Mackie and Steven Moffat look back on the whole thing in the video above and you can enjoy the episode here! 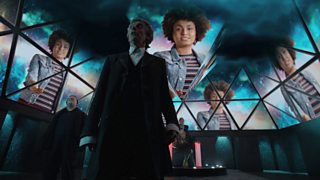 Bill Saves the World!
Bill broadcast ‘a glimpse of freedom’ and rescued her planet from the Monks. Result! And moments later, in one the series’ most touching scenes she asks the Doctor why he bothers with humans. ‘In amongst seven billion,’ he tells her, ‘there’s someone like you. That’s why I put up with the rest of them.’ You can watch The Lie of the Land now! 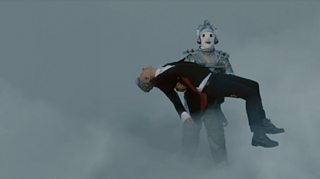 "My friends have always been the best of me..." - The Doctor

Bill Saves the Doctor!
The latest series delivered a bunch of iconic moments, but one of the most striking was seeing ‘Cyber Bill’ standing alone, holding the unconscious Doctor at the beginning of The Doctor Falls. She endured all kinds of horrors in the battles that followed, so thank goodness for…

What do you think? Exciting, wasn’t it? 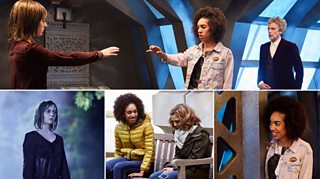 Bill and Heather: Off to See the Universe!
Bill and Heather are reunited and leave the TARDIS to explore the cosmos together. In a heart-melting scene, Bill tells the seemingly lifeless Time Lord, ‘I’m never going to believe you’re really dead… It’s a big universe, but I hope I see you again…’

Well, you can see the Doctor and Bill again right now! Every episode from series 10 is available on BBC iPlayer until the end of July, 2017! Enjoy!

The Doctors will return at Christmas!