Doctor Mysterio Makes it through to Final of the Hugo Awards! 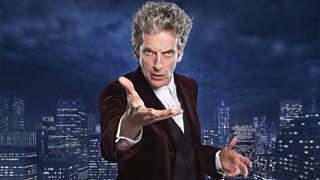 The finalists for the 2017 Hugo Awards have been announced and we’re delighted that the Doctor Who Christmas Special, The Return of Doctor Mysterio, is represented in the Best Dramatic Presentation, Short Form category.

The Return of Doctor Mysterio was Peter Capaldi’s third full Christmas Special as the Doctor, and his second alongside Matt Lucas as Nardole. The episode was written by Steven Moffat and directed by Ed Bazalgette.

The prestigious Hugo Awards, presented annually since 1955, are named after Hugo Gernsback, founder of the influential science fiction magazine, Amazing Stories. The 2017 Hugo Awards will be presented on Friday, August 11, 2017 at a ceremony at Worldcon 75, the 75th World Science Fiction Convention.

Good luck to all this year’s finalists!

John Simm to return as the Master in Doctor Who