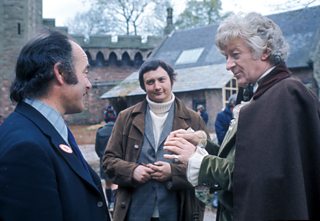 We are sad to report that Terrance Dicks, one of the original writers of Doctor Who has died at the age of 84.

Terrance worked as script editor on more than 150 episodes of Doctor Who, as well as writing classic serials such as The War Games and The Five Doctors, although he is perhaps most well known for his huge number of Doctor Who novelisations for Target Books, writing more than 60 titles.

“The lights of Doctor Who are dimmer tonight, with the passing of Terrance Dicks. He was one of the greatest contributors to Doctor Who’s history, on screen and off. As writer and script editor, he was responsible for some of the show’s greatest moments and iconic creations. As the most prolific and brilliant adaptor of Doctor Who stories into Target novels, he was responsible for a range of books that taught a generation of children, myself included, how pleasurable and accessible and thrilling reading could be. Doctor Who was lucky to have his talents. He will always be a legend of the show. Everyone working on Doctor Who sends his family and friends our love and condolences at this difficult time.” 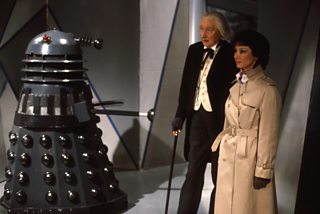