Ben Wheatley to Direct Doctor Who 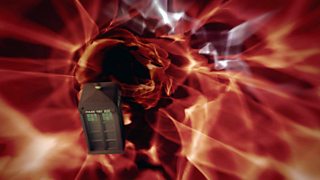 It’s been announced that the award-winning Ben Wheatley will direct the opening two episodes of series 8.

Ben commented, ‘I am very excited and honoured to be asked to direct the first two episodes of the new series of Doctor Who. I've been a fan since childhood (Tom Baker is my Doctor if you are asking).  I've been watching the current run of Doctor Who with my son and have discovered it all over again. The work that has been done is amazing.’

Ben’s previous credits include movies such as Down Terrace, Sightseers and A Field in England and he told us, ‘I'm really looking forward to working with Peter Capaldi and finding out where Steven Moffat is planning to take the new Doctor.’

But before series 8 we have two epic adventures to look forward to, starting with The Day of the Doctor on 23 November…

The Ultimate Doctor Who Monster or Villain: Nomination #6: The Ood

The Ultimate Doctor Who Monster or Villain: Nomination #8: The Ice Warriors