6 historical events the Doctor was present at 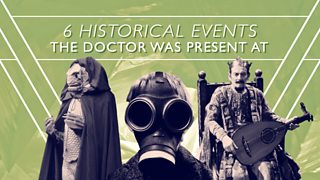 The Doctor can travel to any point in time and space thanks to his fabulous TARDIS, and has a habit of getting involved in events both accidentally and intentionally!

And thanks to his soft spot for Planet Earth and its inhabitants, he’s had a hand in a fair few historical happenings. So, here are six historical events the Doctor was present at!

1. The Great Fire of London – The Visitation 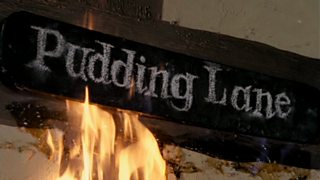 It’s the time of the Great Plague and the Terileptils are running loose across the English countryside, spreading their devastating virus in an attempt to rid the world of humans. The Doctor chases them to a bakery in Pudding Lane, London, where during the confrontation, the Doctor accidentally drops his torch on a bale of hay, and one of the Terileptil’s weapons malfunctions and explodes. Inevitably, a fire begins, and the rest, as they say, is history!

In one of the Master’s more, well, low-key plans, he disguises a metamorphic android named Kamelion as King John in a ploy to prevent the real King John from signing the Magna Carta, thereby destroying parliamentary democracy as we know it. But the Doctor is on hand to stop him!

In a battle of wills over who controls Kamelion, the Doctor is victorious and brings the android with him onto his TARDIS. The Master is foiled and the real King John is able to sign the Magna Carta – huzzah!

3. The eruption of Mount Vesuvius - The Fires of Pompeii 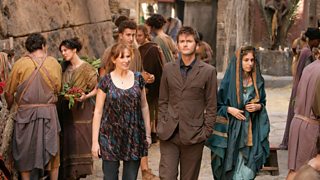 Sometimes the TARDIS can get a bit…wobbly. The Doctor arrives in 79AD, expecting to show Donna the wonders of Ancient Rome. Instead, they land some 150 miles away in the city of Pompeii, the day before disaster strikes. Donna tries her best to persuade the Doctor to save the people of the city, but he refuses, arguing that the destruction of Pompeii is a fixed point in time that cannot be changed.

It’s a horrendous situation, but the Doctor chooses the world over Pompeii, triggers the eruption and ensures the survival of the human race. The burdens of a Time Lord…

4. The Moon landing - Day of the Moon

Apparently, nothing unusual happened during the Moon landing in 1969, so we’re not sure why we’re writing about it…

Chasing a metal cylinder (“It’s mauve and dangerous!”) through the time vortex towards Earth, the Doctor and Rose land in the centre of London, right in the middle of the Blitz. Cue raid sirens and bomb shelters, Glenn Miller’s Moonlight Serenade, Captain Jack and a creepy little boy with a gas mask fused to his face.

It’s worth noting that the Doctor, in this story, doesn’t actually get involved with the War, and is instead quite preoccupied with the ‘empty children’ and Chula nanogenes threatening to rewrite the DNA of everyone in London.

Fear Her was made in 2006 about the 2012 Olympics, but seeing as the 2016 Rio Olympics have just ended, we can now think of the London Games as an historical event (hands up who else thinks the linear progression of time is not fair and is going way too fast).

A young Isolus, separated from its billion-strong family on the journey through space, has possessed Chloe Webber, who is able to make people disappear by drawing them. The Isolus tries to replace its lost familial love, heat and emotion by using Chloe to make every person on Earth disappear and stealing their love and happiness for the Olympic flame. Feeling threatened by the Doctor, Chloe traps him and the TARDIS in one of her drawings, leaving Rose to work out how to solve the situation. She does, in style, and all the missing people are returned, except for the Doctor. Where does he turn up? Only carrying the Olympic torch into the stadium and lighting the cauldron to rapturous cheers and applause! Amazing!

The latest on Doctor Who series 10

6 Doctor Who stars who showed up early