Inbetweeners star James Buckley is set to appear in series 12! 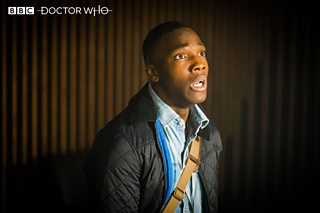 With less than one week to go until Doctor Who makes a spectacular return to screens, Inbetweeners star James Buckley is set to appear in the upcoming series when it returns on New Year's Day!

James is no stranger to television screens and has a wealth of credits ranging from White Gold, Zapped and The Inbetweeners.

Speaking ahead of his Doctor Who appearance, James Buckley said:

“It was surreal to be on such an iconic show and I’m really happy to be part of something so well loved. Hope everyone enjoys it!”

“It was a real thrill to welcome James to the cast, his dramatic and comic talents are put to fine use in this action packed episode.”