There's water on the moon. As reported by The Times, us, io9 and The Mail amongst others.

But you might be wondering why it's the The Times' Delhi Reporter who got the scoop and not their Science Correspondent? And why the Times posted this story last night and other organisations (including the BBC) seem to have been taken by surprise and didn't have anything online till this morning?

Well in reality most science journalists have known about this story for a few days now. But the story had been embargoed by Science, the journal publishing the research. So anyone publishing the story ahead of time would be punished. If all went to plan this research would suddenly emerge via a big Nasa press conference. Every news outlet around the world would report this amazing new discovery at the same time.

In fact the last few days have been a behind-the-scenes battle between established media and the internet. With journalists from the mass media knowing all about the story and being unable to say anything. While bloggers and twitterers do everything they can to find out what is going on. In fact as Birmingham science journalist David Whitehouse explained to me you can blame most of this on Twitter;

Space stories in particular seem to be prone to this. You have a very active blogosphere and Twitter has made it even worse. It's fabulous for sharing gossip but it's also made life hell for this sort of thing.

Here's what happened. On Monday Science sends a tip-sheet out to some 2000 journalists alerting them to the moon water story and telling them it will all be announced at a big Nasa press conference on Thursday. 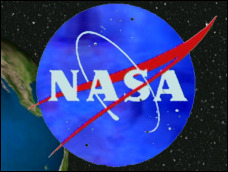 Nasa then sends out another embargoed announcement with a "cast list" of scientists attending the press conference. And once the blogosphere got hold of that it doesn't take long to work out what the scientist have been researching and what the big announcement is.

Then the other parts of the mainstream media start to report the rumours about moon water.

Which is how the story finally emerges in the mainstream press in India, where interest is high because India's Chandrayaan probe is partly responsible for this data. This is then picked up by the Times' Delhi correspondent and makes the top of their website as an exclusive.

Eventually the journal Science sees the cat is out of the bag, drop the embargo at 22.57 our time last night and all the British science journalists who've obeyed the embargo wake up to find they've missed one of the biggest days for the moon since we walked on it.

Even those imposing embargoes find they can sometimes cause trouble. Press Office for the University of Warwick Peter Dunn told me;

If you embargo something for seven am then Today love you but the Ten hate you. Embargoing for American time annoys the Brits and visa versa.

Embargoes do have their uses and sometimes ignoring them can have consequences. I know of one university official who received death threats because of an embargo breaking story.

But in these days of a global, 24-hour news media the process appears to be broken. You can't shut up bloggers and you can't shut down Twitter. The only thing that can go is the embargo system itself.

Speaking of Twitter if you can't beat them, join them. Follow me here, David Whitehouse here and Peter Dunn here.

I'm David Gregory, BBC Science Correspondent for the West Midlands. My first law states: "Science is the answer." There is no second law. Feel free to drop me a line: david.gregory@bbc.co.uk.

You can stay up to date with Gregory's First Law via these feeds.