Lord Coe's BOA election provides a boost for both parties

The uncontested election of Lord Coe as chairman of the British Olympic Association is a big coup for an organisation facing serious financial challenges and major questions over its role post-London 2012.

In many ways the BOA has never been stronger. Team GB's third-place finish in the medal table in London - arguably the country's best performance in the history of the modern Games - may have been financed and overseen by UK Sport and the sports themselves in the run-up to the Games but it would be churlish to overlook the way the BOA ran the team in the face of huge expectations from a home crowd desperate for success.

But Coe's predecessor Lord Moynihan knew what he was doing when he announced at the end of the Games that he would be leaving a year short of his full term. The BOA's finances continue to look perilous - the 2011 accounts showed a £411,000 loss and it has extended a £5m overdraft to next year.

Sales of the Team GB scarf and collectors' medals during the Games are understood to have flopped while the expected share of the surplus from the Games is unlikely to fill the gap created by the huge cost of running the team of more than 500 athletes in London. 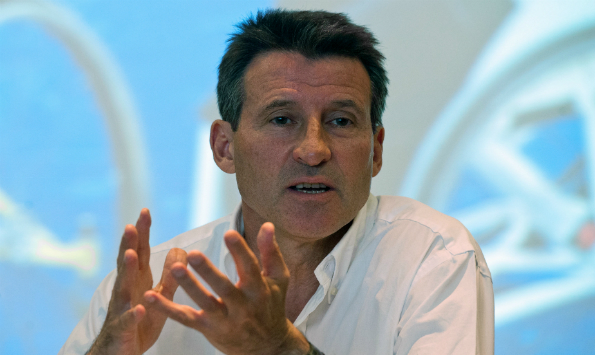 Cutbacks are already under way with a big staff reorganisation and the departure of the well-paid director of sport Sir Clive Woodward will help reduce overheads. But the corporate thrust of the BOA under Moynihan and chief executive Andy Hunt in the years before the Games was supposed to set the organisation up for a sponsorship windfall once the rights to exploit the Olympic rings in the UK reverted to them from Locog at the end of the London Olympics.

So far that hasn't happened and it will be Coe's main task to drive through a commercial programme which will help secure the BOA's financial future.

Almost as important will be defining the BOA's role in British sport at a time when the two main government-funded sports organisations - UK Sport and Sport England - are facing an uncertain future. While the exact nature of any changes are still unclear at this stage, what won't change is UK Sport's central role in delivering Olympic success.

No doubt one of the reasons Moynihan quit early is that he could see his demands for the BOA to play a more central role in coaching and development of elite British athletes wasn't making any headway with Government. Besides there is a reluctance within the Olympic movement for national Olympic associations like the BOA to be too closely linked to governments and public funding.

It will be Coe's job to try to set a clear vision and direction for the BOA in the run-up to Sochi in 2014 and Rio de Janeiro in 2016 at the same time as ensuring he does nothing to jeopardise what must be very realistic chances of Team GB continuing their success at the top of the medal table.

But in some ways the question is not what Coe can do for the BOA, but what the BOA can do for Coe. After his successful leadership of an organising committee which has earned universal acclaim for hosting one of the best Games of recent times, the BOA might seem a step down, a return to domestic sports politics after the soaring international profile of running an Olympics.

Speak to his advisers and they will tell you a slightly different story. Putting aside the sense of sporting obligation Coe will feel at the call from the BOA (the organisation backed him to ignore the 1980 boycott of the Moscow Games where he went on to famously win gold in the 1500m), the BOA actually presents him with the perfect calling card to keep his profile high following the Games.

It will not only give him a seat at the top table of British sport but also a foot in the international Olympic arena. In 2015 the current president of the International Association of Athletics Federations, Lamine Diack, will stand down. That is Coe's big ambition as it will not only give him the top job in his own sport but will give him automatic membership of the IOC, something he has always coveted since the days when his talents were spotted by former president Juan Antonio Samaranch.

That is Coe's long-term gameplan - and that can only be helped by running the BOA.