Even as the Mark Clattenburg controversy was building up a head of steam and threatening to mire the Premier League in another poisonous race row, the competition's cash registers were ringing to the sound of yet more foreign television cash.

A day after announcing a ground-breaking deal with American broadcaster NBC Sports Group, chief executive Richard Scudamore was in Beijing on Tuesday morning to reveal a six-year extension to its current deal with Chinese TV partner Super Sport.

Having secured a staggering £3bn for the League's domestic TV rights for the three years between 2013 and 2016, Scudamore is now seeking to beat the existing overseas rights deal, which is worth another £1bn. He told me from China that although the League has only concluded one fifth of its new overseas deals, he is confident of raising more income this time around.

Rather than turning foreign broadcasters off, the unseemly soap opera which provides a backdrop to football in this country just seems to add to the attraction.

Scudamore says the League is now moving into a whole new phase in its global development. Having historically looked for the best offer - often from new pay TV operators around the world - the competition is now looking for greater reach and bigger audiences.

Hence the deal with Super Sport which gives the League and its 20 clubs access to 21 different TV stations across the world's most populous nation. 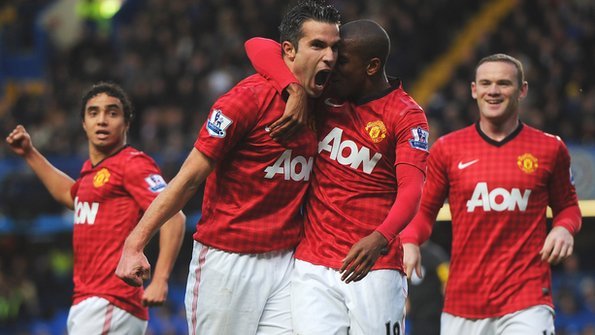 Manchester United will be one of the clubs to benefit from the new deal. Photo: Getty

But the agreement with NBC Universal does take the League into new territory. While a number of big Asian countries bought into the Premier League a decade ago, America has been a far slower burn, a niche offering in a nation still consumed by the big four of American Football, baseball, basketball and ice hockey.

By winning the support of one of the country's biggest broadcasters the League now has a chance of raising its profile. The agreement also represents a threefold increase on the value of the current deal with ESPN and Fox.

"For me this is right up there with a lot of the other big moments in the League's development," Scudamore told me. "The market in the US has become much more competitive and this is a statement from NBC that they believe the Premier League can become one of the mainstream sports."

While that might be pushing it a bit there is no question that NBC Universal, the American rights holders for the Olympic Games, will take the League to another level in the States. They have bought 380 live games a season and are committed to showing six live games a week. Exact details have not been released to the public or the clubs yet (Scudamore is holding that back until a meeting of the teams on 16 November) but while the vast majority will be shown on NBC's dedicated sports channel which is carried on cable in the States, some will go out on network television.

That potentially means access to more than 80m homes across America - a very big deal for English football. To put that into context, the average weekly audience for live Premier League matches with exisiting broadcasters Fox and ESPN is around 140,000.

Now, none of this means the Premier League is about to conquer America - a country which loves playing football but is still not convinced about watching it. Just look at the difference in fees raised by the Premier League and American Football.

The NFL signed a record-breaking nine-year deal last December with CBS, NBC and Fox worth $28bn (£17.4bn) - a 63% increase on their previous contract. Just compare that to the $250m (£155m) NBC have paid the Premier League for their rights. As one media expert put it to me, the Premier League now has a really good shot at becoming a "middle ranking" sport in America.

Having said all that there can be no doubting the continued popularity of the Premier League both here and around the world. While media markets become more fragmented live football still offers a way of driving subscriptions and TV audiences. As long as that continues then the controversy surrounding the League will do little to harm its financial power.