Why the Pistorius story matters

Whenever a big name in sport loses and then criticises the athlete who beat him or her as well as the rules governing the competition, it makes for a great story.

But there are three reasons why the Oscar Pistorius story matters: 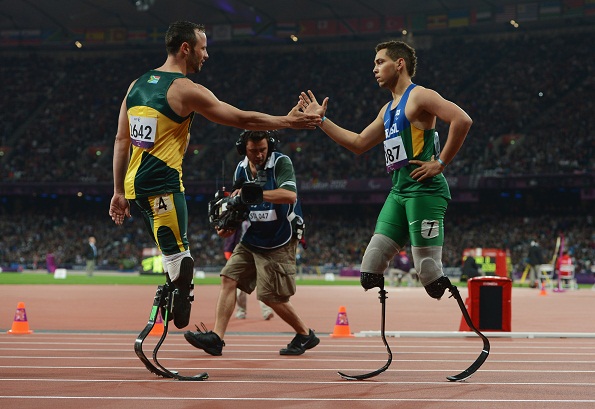 1. He is the poster boy of Paralympic sport.

There are only a very small number of athletes who have such a high profile in an event many people are coming to for the first time. Think Usain Bolt false starting in the World Championships in Daegu last year and you get an idea of how big this story is. For Pistorius to lose is a shock. For the South African to then call into question the fundamentals of the competition is another matter altogether.

2. It gets to the heart of the Paralympics' delicate relationship with technology and classification.

Of course, in able-bodied sport - for want of a better phrase - the competitors come in all shapes and sizes. But when running blades and wheelchairs are brought into play, then the rules governing the various pieces of kit become central to everything. As does classification. It is interesting to hear the International Paralympic Committee talking about reviewing not only its rules for running blades but also tightening up the programme for the 2016 Games in Rio so that athletes like Pistorius, who is a double amputee (T44), does not compete with athletes who are single amputees (T43).

3. Finally, it exposes the tensions between the Olympics and Paralympics.

We would not be talking about the Pistorius row if he had not broken new ground by competing against able-bodied athletes in the Olympics. Some people believe the science of prosthetics is moving so fast that very soon athletes in the Paralympics will be going faster, higher and stronger than their Olympic counterparts. That might seem a bit too Hollywood at this stage but it poses a difficult question for the Paralympic movement, which relies so heavily on its close relationship with the International Olympic Committee (IOC). Will athletes like Pistorius in future aspire to test themselves against Olympians? Or will the profile of the Paralympics and the opportunities it offers be too alluring? Will world governing bodies like the IOC or the IAAF, which rules athletics, have to rethink the way they integrate with disabled sport? And should it all be moving towards one Olympic Games?

In losing to emerging star Alan Oliveira, Pistorius may have lost some of his superhuman aura. But it may also turn out to be a seminal moment for the Paralympics.