Nearly every Olympic Games is accompanied by a lengthy, fretful build-up followed by an explosion of the sporting senses.

London 2012 has been no different.

The sport has been simply compelling and after an anxious four day wait for their first gold, Team GB now look well set to deliver on their target of fourth place in the medal table.

All the gold medallists have had extraordinary stories to tell - from the shooter Peter Wilson, coached by a member of the Dubai royal family - to Britain's first winners here, Helen Glover and Heather Stanning, who won the women's pair in rowing despite Glover having only taken up the sport in 2008.

But the British highlight for me so far must be cyclist Sir Chris Hoy powering to his record equalling fifth gold medal in the men's team sprint last night. The atmosphere in the velodrome was extraordinary - a wall of noise and a perfect reflection of the way the public's imagination has been caught by these Games. 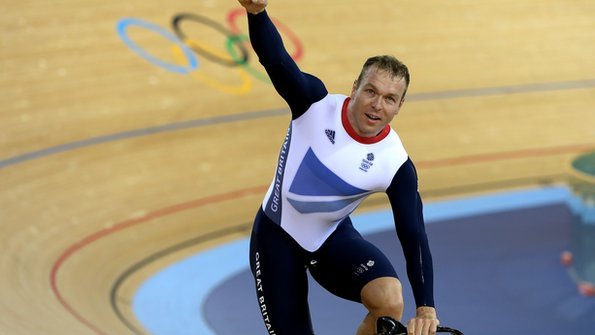 Hoy now has five gold medals and one silver at Olympics. Photo: PA

Internationally, the swimmer Michael Phelps has provided the best headlines again. He may be past his best but he has built on his legend in Beijing, where he won eight gold medals, by becoming the most decorated Olympian in history.

The disqualification of four badminton teams for deliberately trying to lose has been a blemish while the sight of empty seats in areas reserved for VIPs, athletes and the media has presented the organisers with a headache.

However, when one considers what could have gone wrong with transport and security, Lord Coe and his team at Locog would have definitely taken that a week ago. And as the London Games approach the half way point they are in extremely good shape.

London was never going to match Beijing for scale but the public enthusiasm here is a marked contrast to the sterile atmosphere in China four years ago. There's still a long way to go but the sheer joy of the spectators here may well be what London's Games are best remembered for.