For years now we have questioned the costs, cast a sceptical eye at the legacy promises and even scratched our heads at the gaudy logo.

But as a hazy, overcast dawn broke over London this morning and the torch made its way down the Thames, it was impossible to ignore the growing sense of collective national excitement.

Sure there have been problems, some in the last few weeks and days. Mitt Romney may have been spectacularly chided by Boris Johnson yesterday but he was only giving voice to the concerns which we ourselves have expressed.

Today doesn't feel like the right moment for such cynicism. 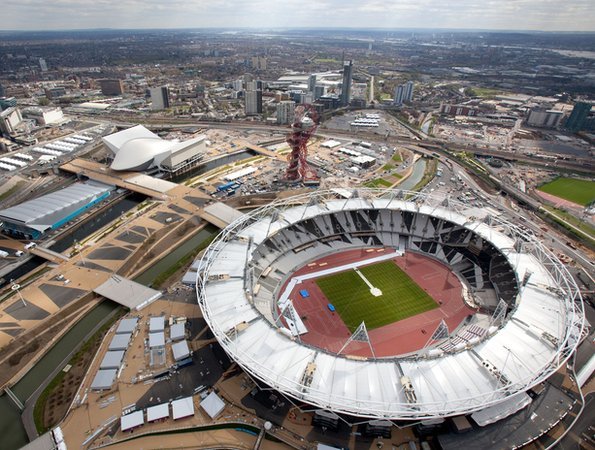 Anyone lucky enough to have walked around this Olympic Park in the last week will have been stunned at the way organisers have put this place together. I have seen it take shape piece by piece over the years, but nothing prepares you for the sight of it in full Olympic mode.

But before we all get carried away, it's worth remembering we have only reached the start line.

These Games will only be judged as a success if the organisational plans do not descend into a farce worthy of the BBC spoof documentary Twenty Twelve. They will only be seen as truly memorable if Team GB hit their medal targets and we are left with truly jaw-dropping sporting moments. And looking further, they will only be a triumph if they inspire and deliver a proper lasting sporting legacy for this country.

To understand what hosting the Olympics means to sport in this country it's worth remembering the journey of the last decade or so. It's been quoted elsewhere and was dug out by my old Daily Telegraph colleague Paul Kelso, but this sentence is illuminating.
"Our influence in international sport has all but disappeared. We are cherished only for our irrelevance and tolerated only for our history but it's even worse than that because, as a result, we are betraying our sportsmen and women."

The author of that devastating assessment of Britain's sporting status?

Sebastian Coe, now chairman of London 2012 and the man credited with articulately persuading the International Olympic Committee to take a chance on what rivals Paris described back in 2005 as the "virtual Games".

He wrote it in October 2001 - long before he even became chairman of the London bid. It was his very genuine and very un-Seb-like reaction to the Picketts Lock fiasco which had forced London to hand back the 2005 World Athletics Championships to the IAAF because we couldn't build a stadium to stage them.

To look around the park is to be transported in time to another world, another Britain. I have been to three Olympics, Sydney 2000 and Beijing 2008 in full and Athens 2004 briefly. Sydney was a wonderful celebration which has provided the template for London's approach. It's obviously early days but the atmosphere that seems to be building suggests London will be similar if not better.

International Olympic Committee president Jacques Rogge said on Friday morning that in terms of "readiness" these Games are equal to Sydney and Beijing. When you think back to Picketts Lock, the delayed opening of the rebuilt Wembley Stadium and all the other sporting shambles, this is extraordinary in itself.

But, he added wisely, the proof of the pudding is in the eating.

It was a very good reminder on this celebratory day, that getting ready for the Games is only half the story. The next 16 days are what really count.