The spectre of drugs is never far away from the build-up to any Olympic Games.

In Athens in 2004 the Greek sprinters Kostas Kenteris and Katerina Thanou were at the centre of one of the biggest doping scandals in history when they were thrown out of their home Olympics for failing to comply with the testers. They were even accused of faking a motorbike crash as they tried to evade the officials.

Then in Beijing four years ago seven Russian athletes were thrown out of the Games a week before the opening ceremony.

So far London has been relatively untouched by the most familiar of Olympic scourges.

But on Wednesday it was firmly back on the agenda as world anti-doping chiefs revealed a new, tougher test for Human Growth Hormone (HGH) has been developed by scientists in time for use here.

A test for the banned drug - which is used by athletes to build muscle and increase power in shorter, explosive events - was introduced before the Beijing Olympics four years ago. But it was only able to detect cheats who used it for around a day after they had used it.

According to David Howman, the director general of the World Anti Doping Agency (Wada), the new test has a window of weeks not days - giving testers a much greater chance of catching those who take it. 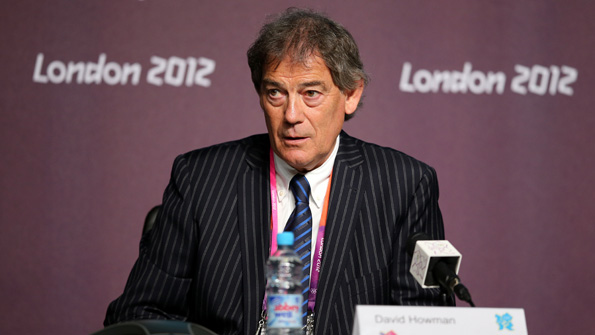 Howman told me the breakthrough was a "significant boost" on the eve of the Games and added that with more than 300 samples already taken from athletes here the test was up and running.

But despite this development he couldn't guarantee these Games would be the cleanest in history.

"I'm far too cynical and have been let down too many times before," he said.

According to senior anti-doping officials the HGH breakthrough is nevertheless a significant moment. Rather than testing for the substance itself it looks to detect two chemical 'markers'. It was developed by a team of British researchers who have been working closely with the UK Anti Doping agency over the last three years.

Despite the introduction of the first HGH test back in Beijing, there were no positive tests for the substance. In fact the first finding came in 2010 with the rugby league player Terry Newton, a tragic affair which sadly ended with the player ending his own life.

Officials are confident this test will be more effective although and that it will stand up to any legal challenge.

News of the breakthrough came on the day it emerged that the Moroccan 1500 metres runner Mariem Alaoui Selsouli - a hot favourite for a gold medal here - would miss the Games after testing positive for a banned diuretic.

And the International Association of Athletics Federations also announced today that nine athletes had been banned in the run-up to London. Although we knew about seven of the nine positive tests, the method of detection was the interesting element of the IAAF's release.

Three of the nine, including the Beijing 1500m bronze medallist Nataliya Tobias of Ukraine, were detected following the re-testing of samples collected at the 2011 World Championships in Daegu. The other six were caught as a result of biological passport testing.

With 5,000 tests being conducted here - the highest number at any Olympics - anti doping officials say they have the weapons to take on the cheats. The problem is the cheats always seem to be one step ahead of the testers.

The UK Athletics head coach Charles Van Commenee has admitted today he is "frustrated" by the latest controversy involving Phillips Idowu. Although the two men are far from best friends, having had their own disputes in the past, my understanding is that UK Athletics are as perplexed as Idowu's camp by the BOA's decision to go public with their request for the triple jumper's medical records.

Van Commenee, UKA and Idowu came to an arrangement long ago which gave the athlete the freedom to follow his own training programme so long as his coach Aston Moore, who is on UKA's payroll, keeps them in the loop.

As far as UKA are concerned Idowu is one of Team GB's biggest stars and despite being seen as a difficult character at times should be given a greater degree of flexibility. UKA share Idowu's view that the request for his medical records should have been kept in house although the BOA argue they were only acting out of a duty of care for the athlete.

Barring a late entrance into the contest, former BOA chairman Sir Craig Reedie should be elected unopposed to one of two new vice presidents of the International Olympic Committee. Reedie is already a member of the IOC executive board but his elevation will guarantee he stays on that influential body until 2015.

He will become the first vice president of the IOC since the Marquis of Exeter back in the 1960s. Elsewhere London 2012 chairman Sebastian Coe confirmed today he would look to replace Lamine Diack as IAAF president when he stands down. Although hardly a surprise Coe clearly feels confident enough in London's preparations for the Games to declare now. He faces a tough battle to beat Ukraine's former pole vaulting Olympic champion Sergei Bubka.