Having overseen the biggest crisis in Fifa's history, Sepp Blatter knows the next two days could well shape his legacy after 13 years at the top of world football.

If Fifa's president produces a series of serious measures which back up the zero-tolerance rhetoric we have been hearing for so long now, there might just be a chance he will be given the credit for cleaning up the discredited organisation.

Fail to deliver on his promises of reform and the damage to Blatter's already-tarnished reputation may be beyond repair.

For many football fans that point has already been reached. They look at the scandals which have engulfed the members of Fifa's executive committee over the last year or so and switch off. "So Fifa is corrupt," people think. Tell us something we don't know.

It is certainly worth recapping the events of the last 12 months. First the Sunday Times accused two Fifa executives, Reynald Temarii and Amos Adamu of asking for money for football projects in return for supporting the United States' bid for the 2022 World Cup. Both men were suspended. 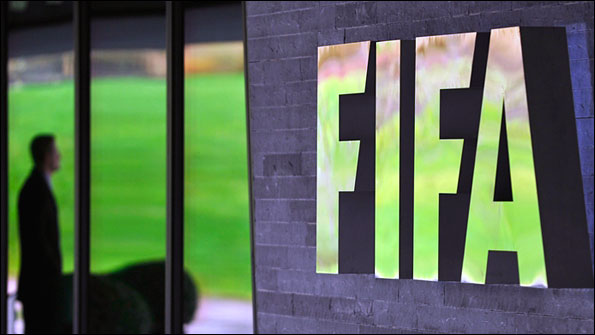 Then, three days before the 2018 and 2022 World Cup votes, the BBC's Panorama claimed three members of the executive committee were named on a document that showed they received bribes from Fifa's former marketing partners International Sport and Leisure (ISL).

Nicolas Leoz, of Paraguay, Issa Hayatou, head of African football, and the chairman of the Brazilian World Cup organising committee, Ricardo Teixeira, all deny the claims. Although the International Olympic Committee (IOC) is looking into Hayatou, as he is also an IOC member, so far Fifa has taken no action.

Fast forward to June and Blatter is re-elected by a huge majority polling 186 votes to 17 but only after his rival for the presidency Mohamed bin Hammam is forced out following claims he and another Fifa executive Jack Warner tried to buy votes for the Qatari's presidency bid at a meeting in Trinidad.

Since then Warner has resigned and Bin Hammam has been banned for life following an ethics committee investigation.

Two other members who accompanied Bin Hammam on that now-infamous trip to Trinidad, Egypt's Hany Abo Rida, and Sri Lanka's Vernon Manilal Fernando could be facing an ethics committee inquiry over their role in the meeting at which members of the Caribbean football union were offered gifts of £25,000 each to back Bin Hammam. Five senior Caribbean football officials have subsequently been banned by Fifa.

There are also claims about misuse of Fifa development money against the Thai executive Worawi Makudi.

That is 10 members of a 24-man committee under scrutiny from Fifa itself or facing serious allegations of corruption. Is it any wonder normal fans have lost faith?

But what happens over the next two days in Zurich is deeply significant for the future of the game. What they say about a fish rotting from the head may be true in this case and, until Fifa rids itself of this stench, it can never show the leadership a sport awash with money but lacking in principle so desperately needs.

As I wrote on Wednesday there are promising signs coming from those around Blatter.

Reforming the executive committee to include the broad interests of the game is a vital step - as are measures which introduce greater transparency around what executives are paid and what potential conflicts of interest they have.

Removing the privilege of choosing the World Cup hosts from the executive committee and handing it to the 208 members of the congress will reduce the vast power these men currently enjoy which is so open to manipulation.

Reforming the ethics committee so it has teeth and can be truly independent is a must if Fifa is to restore faith in its ability to police itself.

And adopting many of the measures included in Transparency International's damning report on Fifa will look smart.

But making a break with the past by allowing a Swiss court to release the documents relating to the collapse of ISL would be a major breakthrough. Blatter has been advised this is the only way to show people he really means business.

If he does, it will be a remarkable U-turn given Fifa has repeatedly blocked attempts to have the papers made public.

The question is, have Fifa and Blatter, like News International with the phone hacking scandal, simply reached a tipping point where failure to act is no longer an option?

With so much money at stake in football the old committee structure and the men on those committees can no longer be expected to run a multiple-billion dollar business.

There is another important point. Blatter is now 75. He is in his last term as president. He no longer has as much to lose.

But forcing through real change will not be easy. To change the executive committee, he may need their support. And that is like turkeys voting for Christmas.

The only way to do it may be to stand back as slowly, one by one, those who are found to have been corrupt are removed.

The danger for Blatter is that, in doing that and opening up the organisation, he leaves himself vulnerable to the accusation that he turned a blind eye to corruption when it suited him.

So, by saving Fifa, he risks destroying the personal legacy he so craves. The question for Sepp Blatter is whether or not he is really, truly prepared to do that?

Sepp Blatter made hardly any mention of his eagerly anticipated reforms on day one of the two-day executive committee meeting here in Zurich.

I am told his only comments came at the end of the opening session when he told the 20 members of the committee (it should be 23 but Jack Warner hasn't been replaced and three - Worawi Makudi, Issa Hayatou and Chuck Blazer - are absent) that he would deal on Friday with reforms and promises made at the Fifa congress back in June.

Apart from that, nothing.

The only insight has come from Sylvia Schenk, the author of Transparency International's report on Fifa, who told Bloomberg news agency that she anticipated progress. She also said the matter of releasing the controversial ISL documents had been discussed with Fifa but it was still not clear whether that would happen.

It is also unclear whether Blatter will put his reforms to the vote on Friday or whether he will just offer a road map of what will happen from this point onwards.

That could be a major anti-climax and watching closely is Uefa president Michel Platini, who held a meeting of European executive committee members this morning to call for solidarity on the need for significant reforms.

It is understood Platini will hold further discussions with his fellow European executives immediately after Blatter's announcement on Friday. If there is a feeling that he hasn't gone far enough then he and Uefa may try and up the pressure.