Should Premier League clubs get even richer?

Sir Alex Ferguson's first full interview with the BBC since he stopped talking to the corporation in 2004 because of a documentary on his son Jason will inevitably reopen the debate about TV and its influence over football.

The Manchester United manager has spoken frequently to other media outlets in the past about the way broadcasters dictate fixture scheduling leaving his team with less time to prepare for big matches in Champions League weeks.

That's not new - although many may wonder why he seems prepared to bite the hand that has kept his club so well fed down the years.

Look at how TV revenues have grown since he took charge in 1986. Back then the total deal for all 92 Football League clubs was £3.15m. This season United will share a deal worth £1.2bn. United's take for winning the title in May was £60m. 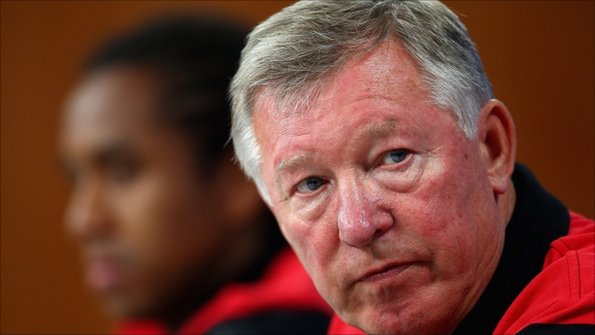 Alex Ferguson has criticised the control television has on his team's schedule. Photo: Getty

Putting that to one side, however, what is interesting is his call for the League to get more money from overseas TV rights. He argues that with the League now screened in 212 countries, the deal needs to be renegotiated.

"Whatever we get paid it's not enough," he says.

The current value of the League's international TV rights deal is a staggering £1.4bn over three years. It doubles in value every time the League sells their overseas rights.

Sir Alex might well be right when he states this area could be exploited further but intriguingly this is the one part of the League's TV deal which is shared absolutely equally between all the clubs. So no matter how many times United appear on TV in Singapore or America and no matter where United finish in the table each of the 20 teams splits the cash equally.

At no point in the interview does he call for United to get a larger chunk of the overseas rights. In fact he goes on to say that "it's fair" to have an equal share.

With the club's owners, the Glazer family, increasingly looking abroad for revenues and planning a share flotation in Singapore, Sir Alex's employers may take issue with his views.

But the League's chief executive Richard Scudamore will be delighted to see Sir Alex's comments as it lends even greater weight to his equitable model, a stark contrast to the situation in Spain where La Liga's lack of collective solidarity has allowed Real Madrid and Barcelona to take the lion's share of TV revenues and thus turn the competition into an annual two horse race.

Sir Alex's timing is also interesting. Next week the European Court of Justice is due to issue its decision on whether Sky's ban on pubs showing live Premier League football via foreign satellite broadcasts is illegal.

If the ECJ says that is in breach of EU laws then the Premier League's overseas TV model could be facing major changes by the time the new deal is negotiated in time for August 2013.