The disappointment so many people feel about the Olympic ticket sell off presents the first real hurdle London 2012 chairman Lord Coe and his team have faced on the road to the Games.

In many ways this was unavoidable. With only 6.6m tickets available, there were never going to be enough to go around - especially for the big events and ceremonies.

But what has angered so many is the lack of transparency. Only eight weeks after tickets went on sale, for example, we were told that 6.6m tickets were not in fact up for grabs but actually 1.3m less than that.

For the most sought after event - the men's 100m final - London 2012 did admit some time ago that only half of the available capacity in the 80,000-seater stadium would be on sale.

Only on Friday did we discover this was far less than we feared - a mere 21,000 meaning the event was 61 times oversubscribed.

But even lesser known events like handball almost sold out - a remarkable achievement and a sign that the strategy of the London 2012 Organising Committee (Locog) to create demand worked.

London 2012 chief executive Paul Deighton makes no apology for that. He argues it is not his job to make tickets for a once in a lifetime event seem less attractive.

And he is right. But would demand really have been dampened by telling everyone exactly how many tickets were going on sale? People would have still taken their chances in what was effectively a lottery.

Why leave people with the impression they were hiding information which any consumer has a right to? Can anyone remember a sales process where people put up so much money without any real idea what they might end up with?

The other complaint is that London 2012 allowed people to bid for too many tickets - four per application in the case of the most popular events - and too many sessions (up to 20). Should they have rationed them to allow more people a chance? 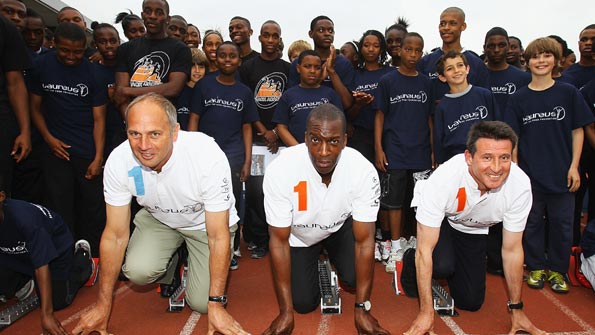 Both Deighton and Lord Coe have conceded that they have considered that but are not sure it would have made much difference.

Ultimately it is their job to sell as many tickets as possible for the 2012 Games and hit their £500m revenue target - a quarter of their budget.

This first sales process has raised £375m so they are well on course.

And, ultimately, even those who missed out will celebrate that - because it means we will not have to pick up the bill for the Games.