Crunching the numbers at Old Trafford

On the face of it, Manchester United's annual financial results look terrible.

A club-record loss of £83.6m, a slowing in revenue growth due to a disappointing season on the pitch and a whole raft of expensive and complicated debt costs.

But look beyond the headline figures and United remain the strongest financial performers in the Premier League.

At the operating level - what accountants call EBITDA (earnings before interest, taxation, depreciation and amortisation) - United generated a "cash profit" of £100.8m, an increase of £8.7m from 2009.

And despite being knocked out of the Champions League at the quarter-final stage and finishing second in the Premier League behind Chelsea, United still managed to increase their revenues.

United's problem has never been generating cash. And under the Glazers, United have become even more successful - although critics would argue part of that is down to increasing ticket prices.

The problem with United is what the club spends that cash on. And opponents say that too much of it is spent financing debts used to buy the club in 2005.

It is certainly true that United turned a £100m operating profit last year into an £83.6m loss because of a mix of ongoing and one-off debt costs. 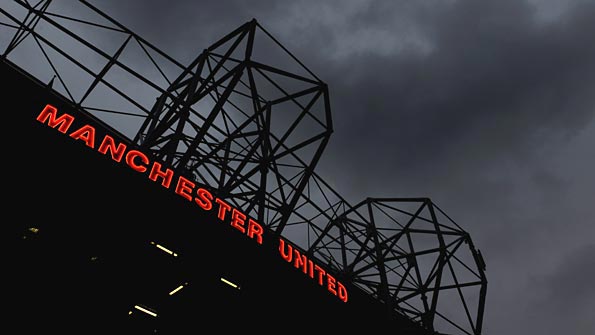 First of all there was £42.3m in annual interest charges.

In February, United refinanced their senior debt by issuing a £500m bond repayable in 2017.

This was done to fix the club's annual interest payments for a longer period to ensure financial stability. It was also done to allow the Glazers to draw cash from the club, if needed, to pay off their expensive PIK loans, which now stand at £220m and are incurring interest at a rate of 16.25% annually.

Under the terms of the bond, the Glazers can draw up to £130m from the club to pay off the PIKs - even though they were not taken out on the club.

The results show there is still £163m of cash in the club's bank account, a clear indication that no money has yet been drawn down to pay off the PIKs, but many analysts and fans fear it is only a matter of time until that happens.

On top of the £42.3m in interest charges on the club, there is another exceptional interest charge of £40.7m. This is the cost of terminating a so-called interest-rate swaps deal which the club had as part of their old bank finance arrangements. In simple terms, United hedged their interest rates but got burned because they failed to predict they would fall as low as they have in the credit crunch and economic slow down.

United have already paid around £15m of this cost and will pay the rest off over the next five or six years and - while they acknowledge it is a hefty bill - they claim it will eventually be offset by the better terms of the bond.

The second and less serious interest cost relates to a foreign exchange loss linked to the bond issue, which was offered to investors in both Britain and the United States. Because of this part of the bond will need to be repaid in dollars.

At the time when the bond was taken out, the dollar was much weaker compared to the pound ($1.62 to £1). But by 30 June, the end of United's accounting year, the dollar had strengthened ($1.51 to £1) meaning that if the bond had to be repaid at that point United would have lost £19.2m.

However, United do not have to pay the bond back until 2017 and so no cash has left the business. Indeed by 2017, the dollar could be weaker than at the point the bond was issued - meaning United could actually save money.

Despite all those caveats, it remains the case that none of these charges would exist if it wasn't for the fact that United was bought by the Glazers with debt, some of it on extremely punitive terms.

Since the Glazers took over, they and the club have incurred more than £450m in interest charges and debt-related payments. To be clear, that doesn't include the actual sums borrowed, which stand today at £741m - including £220m of PIKs and the £521m club debts.

But it does include all fees to lawyers and bankers, penalties related to refinancing, loans to the Glazers, the PIKs interest and annual interest charges. To put that into context, those debt payments are £150m more than the price agreed by John Henry to buy arch-rivals Liverpool.

And it is this which so angers fans opposed to the Glazer regime.

Andy Green, a financial analyst and blogger on United's finances (andersred.blogspot.com), said: "It's an absolute tragedy for the fans because we have this football club which pays its own way and which through the strength of the business and through fans coming through the gates could have the cheapest seats in the League or marquee signings every year.

"Instead, almost half a billion pounds in five years has been paid to bankers, lawyers and the Glazers."

When I spoke to David Gill, the United chief executive, I put it to him that fans will be anxious when they see the club has made a record loss.

"Yes, the headline figure is a big number but you have to go back and look at what caused that," he said.

"If you strip out the one-off costs, we are still generating significant profits at the operating level to cover the bond costs going forward."

That may be so. But the big question for United now is how do they continue to grow the business?

In the five years since the Glazers took over, United's revenues increased by a staggering £127m.

And while commercially, United will continue to reap the rewards of their worldwide strategy, elsewhere it is hard to see how they can make more money.

Unless they break the collective sale arrangement in the Premier League, any major growth in television revenues will be difficult and there is little scope to increase the capacity of Old Trafford.

They could put up ticket prices again but that would be extremely controversial and unless they can guarantee winning the Champions League and Premier League each season, it is hard to see how they can emulate the growth of the last five years.

On the costs side, interest charges under the bond will be £45m a year from next year and players wages and transfers are unlikely to come down in the near future. So where is the growth going to come from?

When the Red Knights were looking at raising the money to launch a bid for the club earlier this year it was reported the Glazers would only sell for £1.5bn, arguing there was still huge potential for growth.

But if Liverpool's sale is the best and most recent example of market value then it is easy to understand why the Red Knights dropped their interest. Liverpool's operating profit last year was £35m, meaning the club would be sold for roughly 8.5 times that amount.

If that same equation was used for United (operating profit £100m), it would value the club at £850m - way short of the Glazers' supposed asking price.

Comparsions with Liverpool are perhaps a bit unfair. They are in a desperate mess in the boardroom, out of the Champions League and in the relegation zone of the Premier League. Despite having similar wage costs to United, they generate a fraction of their revenues.

But even if one uses the more generous multiple of 10 times operating profit then United's value would still only be £1bn - £500m less than the Glazers' price.

The latest financial results will only strengthen the resolve of those United fans calling for the Glazers to sell up and move on. But the prospect of a sale at Old Trafford still seems a long way off.