There will have been a collective sigh of relief over at London 2012 headquarters in Canary Wharf after the Treasury announced where the axe would fall in Chancellor George Osborne's £6.2bn of spending cuts.

In total, the Olympic Delivery Authority (ODA) - the body responsible for building the venues at the Olympic Park - will have to find only £27m of savings.

When compared to the £9.3bn cost of the project or the huge cuts being made to other government departments, it is a relatively insignificant sum. 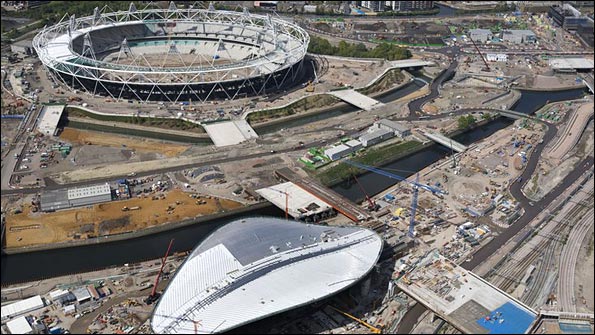 Ever since Jeremy Hunt, the new Secretary of State for the Department for Culture, Media and Sport, revealed the Olympics would not be immune from cuts, there have been concerns among London 2012 officials that the coalition government would raid the £600m of contingency that is forecast to be left over from the £2.7bn set aside for cost overruns.

Even though the ODA is firmly on track to come in under budget, the project enters its busiest and riskiest phase this summer, with building work at its peak in the next few weeks. To remove the cushion provided by the contingency would have left the ODA at the mercy of contractors and risked blowing the budget two years from now.

Instead, the chancellor has agreed a modest cut with the DCMS following talks that included the ODA over the last week or so.

Officials will not say where the savings will be made - and it will be for the ODA to identify areas to trim by the time the project's next quarterly statement is out in the summer. However, they point to the £600m of savings (this is on top of the contingency pot estimated to be left by 2012) the ODA has already found over the course of the project.

In truth, it would have been very hard to slash the ODA's budget when the project is so far down the road and with Britain's international reputation on the line in 2012.

In addition to the £27m cut to the ODA, the DCMS also has to find £61m of savings across the board - a cut of 3%. That cut will be passed on equally to all bodies that receive taxpayers' money from the department, including UK Sport - the organisation that funds Britain's Olympic athletes.

That amounts to a £1.7m reduction to UK Sport's annual budget, although officials say they will not have to take the money from the £100m-a-year funding for elite athletes preparing for the 2012 Games. Many, who know the feel-good factor that will be created by a successful home team in 2012, will welcome that.

But those involved in London 2012 would be wise not to view the announcement as a complete escape. The cuts only take us up to the end of next March. They know there could be more to come before the Olympic torch arrives in London.