Uefa president Michel Platini described it as the start of an important journey for European football that would eventually lead to a return of "economic common sense".

Thursday's approval of Uefa's new financial fair play rules means that, for the first time, clubs wishing to compete in the Champions League or Europa League must aim to break even each season.

In addition, club owners will be limited to investing just £38m in the three seasons after the regulations come in, starting in 2012/2013.

The aim is to create a more level playing field but the impact on England's biggest clubs could be very serious. The super rich owners of Chelsea and Manchester City, for example, will no longer be able to pour in hundreds of millions of pounds to write off losses and buy star players. 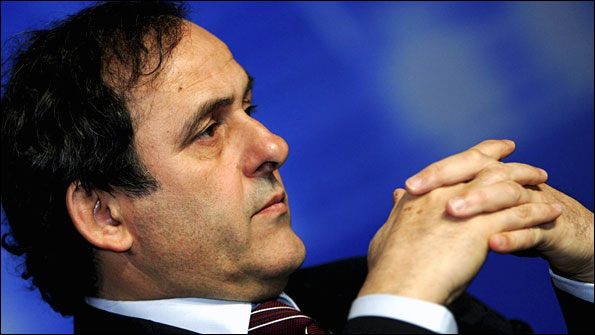 At the same time, the Premier League - which has been so resistant in the past to the slightest suggestion that its clubs should face a tougher system of regulation than that experienced by all other businesses - is introducing a raft of new financial rules.

The Premier League's annual general meeting next week is set to rubber-stamp a set of laws designed to prevent another Portsmouth-style collapse.

These include new measures which will allow the Premier League to intervene or withhold TV rights payments if it is unhappy with the financial direction the club is travelling in.

For the first time, it will have the power to:

*Block a takeover if there were any doubts over funding;

*Meet any potential new owner to assess their suitability.

But I have learned that next week's Premier League meeting will also include a discussion about introducing even tougher measures to deal with club debts.

With top-flight teams owing a combined £3bn, debt has become the dirtiest word in football, and smaller clubs - such as Wigan and Stoke - are asking whether the Premier League should be doing more to tackle the problem.

Some of the ideas due to be discussed include:

*A ban on all so-called leveraged buy-outs where the club is used as security to borrow the money needed to complete the takeover; (This would have prevented the Glazer acquisition of Manchester United or the sale of Liverpool to Tom Hicks and George Gillett.)

*Limiting the amount clubs can borrow to 25% of their income;

*Introducing a ban on borrowing from any institutions that are not approved by the Financial Services Authority;

*Restricting owner investment to equity and not loans (there is obviously some overlap here with Uefa's new rule);

*Breaking all player transfers down into two instalments - 50% up front with 50% left to pay.

These proposals go way beyond what Uefa passed on Thursday and what the Premier League itself will vote on next week.

Some of the bigger clubs are sure to resist any further measures that bound them in more red tape.

What all this reflects is a realisation, at last, that the vast sums of money being made in football are in danger of being thrown away by those clubs willing to gamble their long-term future on short-term success.

Football may take a while to arrive in Platini's land of common sense but it seems there is at least a will to try and get there.