For Sir Alex Ferguson, it is the most critical week of the season so far.

Chelsea at Old Trafford on Saturday followed by the return leg of the Champions League quarter-final against Bayern Munich. And all to be negotiated without Wayne Rooney.

Away from events on the pitch, the even more important battle for the future ownership of the club is also reaching a critical point.

Despite last week's announcement from the Red Knights that there would be no takeover bid until the end of the season, the campaign to wrest control from the Glazer family gathers momentum. 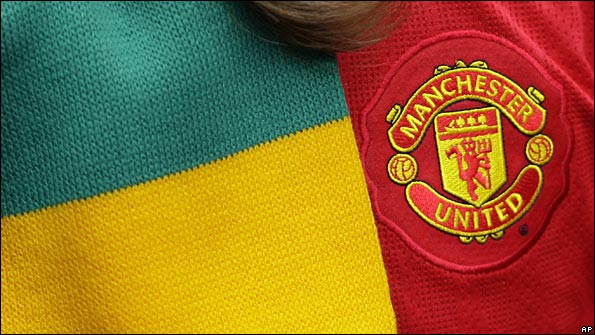 A Manchester United supporter wears a scarf in the colours of the anti-Glazer movement. Credit: AP

Earlier this week, leading Knights figures held a key strategy meeting to discuss the final structure of the bid being drawn up by Japanese investment bank Nomura and City lawyers Freshfields. According to well-placed sources, the favoured option is now for a £1.2bn bid working in two phases.

Having decided to retain the £500m bond recently used to refinance the Glazers' debts, the Knights are discussing a plan whereby two thirds of the remaining £700m would be raised from 30-40 super rich United supporters. The final third would come from fundraising among ordinary fans. If necessary, the Knights say they will borrow money to complete the bid.

In phase two - once the club was secured - a general share offer would be launched allowing supporters the chance to own a stake in their club.

Once this structure is agreed, Nomura will begin the process - perhaps as early as next week - of asking the 30 or 40 wealthy Knights to commit their cash.

So far, we only know the names of four of the Knights. They are Jim O'Neill, a lifelong United supporter and head of global economic research at Goldman Sachs, Paul Marshall from hedge fund Marshall Wace, Mark Rawlinson from Freshfields and Guy Dawson from Nomura.

All four have major City reputations and, perhaps more importantly, serious United credentials. In the case of O'Neill, he was on the United PLC board at the time of the Glazer takeover in 2005 and is close friends with Ferguson and chief executive David Gill.

But, even if this wealthy group of United fans can raise the money, would the Glazers sell?

Despite rumours of financial problems at home, the American family have insisted publicly they are in it for the long run. They have to say that.

But privately, too, they have been sending the same message to the Knights. Investment bank Rothschild, which advised the Glazers on their £800m takeover, has not been retained at this stage but it is understood it has made informal contact with the Knights in the last few weeks to tell them they are wasting their time.

Besides, as the club points out, United under the Glazers are hardly a disaster story. Since the takeover, Sir Alex's side have won the Champions League and three Premier League titles. They have increased commercial income by 65% and have, to date, only taken out £23m, although it is worth noting the bond issue allows them to take out many millions more in the future.

So the key questions are these:

Can the fans actually raise the money to persuade the Glazers to sell?

Until we see the colour of the Knights' money, this is impossible to predict but the sums involved would make it very difficult for ordinary fans to do it on their own.

A recent survey suggested 83% of United fans would be prepared to put an average of £600 towards the takeover. With 150,000 supporters now signed up to the Manchester United Supporters Trust that would amount to just £90m - 7.5% of what is required. That is not insignificant but fans would need to be prepared to put in thousands and thousands of pounds - not hundreds.

Even if the Knights were successful, what would actually change?

If it is accepted United are doing well on the pitch - in spite of Cristiano Ronaldo's sale to Real Madrid - and the club is making more money than ever, the touchstone issue is the £716m of debt the Glazers have saddled the club with. 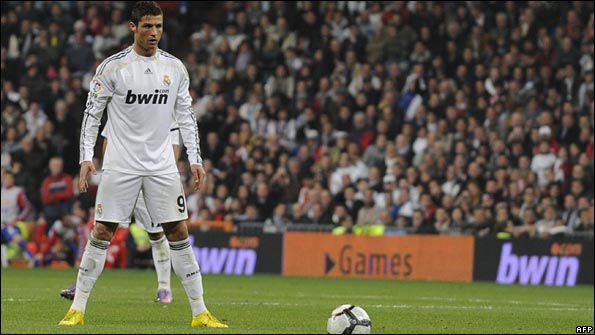 But the Knights say they will keep the £500m bond. The interest payments currently draining out of the club at around £60m a year will not stop. And the longer-term problems - replacing Ferguson and rebuilding an ageing squad - will need even more money to solve.

Will the wealthy Knights just hand over the club to fans?

Rich men do not become rich through philanthropy. They will expect a return. The challenge for O'Neill and the Knights is persuading multi-millionaires to put their fortunes into the club and then allow their shares to be sold on to supporters for little if any profit. Is there not a danger that United could simply be swapping one group of wealthy owners for another?

For now, most United fans will worry only about results on the pitch - and with their team still in the hunt for a remarkable domestic and European double, they will leave the Knights to their plotting.

The crunch point will come when it becomes clear where the £80m United received for selling Ronaldo to Real has gone. Quarterly results - one of the requirements of the bond issue - due to be published on the Luxembourg Stock Exchange before the end of the month will show that the money is still sitting in the bank.

But if, as everyone suspects, it is eventually used to start paying down the Glazer's £202m of PIK (payment in kind) loans and not for strengthening Ferguson's team in the summer, then that's the point when things could really start to get interesting