Is it possible to keep fans happy at a big club? When I say happy, I mean feeling part of it. "Disenfranchisement" is a very long word - and a very American one - that makes me feel slightly nauseous, but it does sum up how a lot of football fans seem to feel. They love their club but fear alienation.

I don't know whether this is down to foreign ownership, football clubs being run like businesses, TV money, or whether it's a combination of all three.

But surely the end result of "disenfranchisement" is apathy. There is only so much you can love something without being loved in return (my English teacher used to say that all the time).

It's not a disease that hits every club. I am still delighted that my boys, Crawley Town, signed David Speedie back in the 1990s. That was enough ambition to keep me going until 2015, even though he left soon afterwards because referees kept sending him off for waist-high hacks. 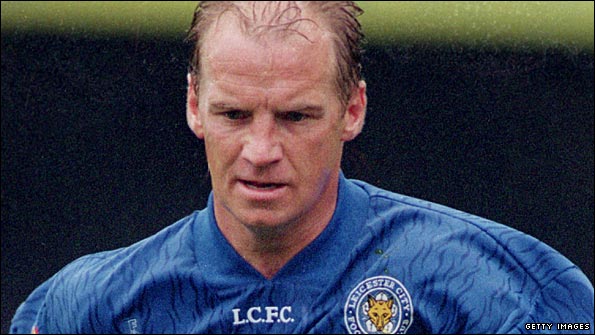 David Speedie in action for Leicester. He also played for Chelsea, Coventry, Liverpool and Blackburn.

On Saturday, Focus came live from a club that seems to be doing things the right way.

Step forward Fulham. In some ways, they are just like so many other Premier League clubs. They have a foreign owner, big wage bill, and a worrying level of debt. Yet down on the banks of the River Thames, they are so community friendly and inclusive that they have somehow managed to keep a family feel to the place, albeit a rather posh family that wear a lot of Barbour jackets. How do they do it?

Maybe it's just because their stadium is so different from the concrete bowls that are popping up all over the place. The cottage, the balcony, the river, the great players of the past, the ancient stand and seats where even six-year-olds struggle for leg room. There is a rich history and romance that soaks the place and makes everyone inside feel like they are part of something.

It helps to have the right manager, of course. Roy Hodgson not only gets his tactics right 9 times out of 10, he also warms up for a game by reading a novel and going for a walk with his wife. Maybe that's the secret!

It was during Saturday's fantastic 3-1 win over Liverpool that I realised why he's so fond of Bobby Zamora. All season, Hodgson has said the former West Ham striker doesn't need to score goals to stay in the side because he does so much work for everyone else.

Against Liverpool, Zamora chased everyone down, bullied Jamie Carragher, should have won a penalty, brought the Fulham midfield into the game, ran the line and scored the first of his sides three goals.

I am not saying we should be reserving him a seat on the plane to South Africa, but he seems to be one of the most underrated strikers out there. It probably doesn't help that he missed that sitter against Manchester City.

The other incredible thing about Fulham is the owner's dress sense. There aren't many people who get up in the morning and put check trousers on, ally them with a gingham shirt and then set it all off with a tartan jacket and yellow cravat. Maybe they've sold out of mirrors at Harrods! That said, I'm sure Mr Al Fayed's socks cost more than my car.

The other thing I enjoyed at the weekend was the fact that I can now claim to be the first person to score a goal with the new Premier League ball. If you don't believe me, watch this...

I know what you're thinking, "there was a massive badger in the goal and you hit it straight at him". It's true that Billy the Badger had to be led onto the pitch by his minder because he cannot see his feet, but let's not allow those facts to get in the way of my claim to fame.

Mark Lawrenson's strike was impressively crisp, clipping the inside of the post before going in, but Lee Dixon is still gutted that his scoopy-loopy-chippy thing came back off the crossbar. He tried to imply that his was the best strike of the three, but I pointed out to him that crossbars don't win you World Cup finals and he needs to work on his mis-hits from the edge of the area that go in off a giant badger.