Pompey on the brink

Her Majesty's Revenue & Customs (HMRC) may have reached a deal with Southend United over the League Two club's £340,000 debts but the taxman returns to the High Court on Tuesday to take on a far more significant footballing quarry.

When HMRC begins its appeal in Court 52 against the Company Voluntary Agreement (CVA) put together by Portsmouth's administrators this morning, the saga surrounding the stricken club's finances will reach its most crucial moment yet.

And the very existence of Pompey hangs in the balance.

The CVA agreed in June offers to pay 20p in the pound to the club's unsecured creditors over four years. But HMRC is challenging this on the basis that footballing creditors such as millionaire players and rich Premier League clubs are unfairly given preference and 100% of monies owed under the sport's rules, while local businesses and charities like St John Ambulance receive only a fraction of what they are due.

Furthermore, HMRC is confident of convincing the court that Portsmouth have been avoiding tax and claims it is owed £37m, a full £13m more than the administrators have stated, on the basis that extra money is owed through image rights paid to players into offshore accounts, another issue the tax authorities are keen to tackle across the sport. The taxman will also point to alleged "material irregularities" in the creditor vote that led to the CVA being approved.

If Mr Justice Mann rules in favour of HMRC, Portsmouth could face a deduction of up to 20 points by the Football League, almost certainly condemning them to relegation again and perhaps leaving chief administrator Andrew Andronikou with little choice but to place the club into liquidation. However, if Portsmouth fend off the challenge, they can exit administration, making it significantly easier for Andronikou to find another new buyer.

With the Championship season starting at the end of this week, the club's transfer embargo would also be lifted in the nick of time, allowing new manager Steve Cotterill to finally bolster his depleted squad with loan players. The size of Pompey's debt means the club currently has only 15 senior players and, with the departure of David James to Bristol City, not one single goalkeeper in the first-team squad. 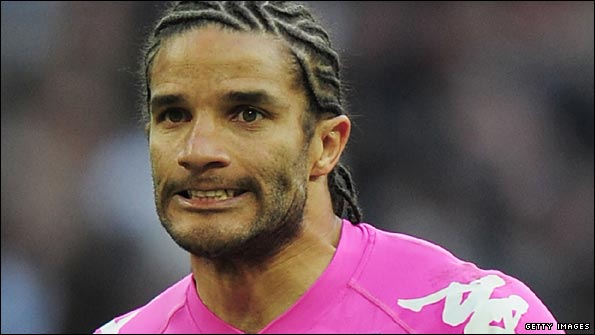 With Pompey's first home game - against Reading on 14 August - in jeopardy because of a dispute with former owner Alexandre Gaydamak over car parking charges on the land he owns that surrounds Fratton Park, Portsmouth need some good news - and fast.

HMRC is in the strange position of knowing that if it wins the case, it could lose the £6m currently being offered to it by the CVA. However, it appears the tax authorities are willing to accept such a loss if it means setting an important legal precedent in this test case against what it sees as football's failure to pay its due tax, both in terms of the football creditors rule and the payment of image rights.

Andronikou is confident of success but Coventry University's Dr John Beech, one of the country's leading football finance experts, is less sure. "I would have to say that I think it is less clear-cut," he said. "This is the biggest moment yet in this saga. HMRC seem intent on bringing all the issues to a single head against Portsmouth. It's a mess. and one which, in the worst-case scenario, could see Portsmouth liquidated and HMRC ending up with much less than the 20p in the pound that it is rejecting. No-one's a winner if that happens, except, of course, the lawyers."

Back in May, the HMRC filed a separate High Court action against the Premier League, alleging that the football creditor rule is unlawful and has cost taxpayers millions of pounds. The case is not due to be heard until November but could be brought forward depending on what happens in the case against Portsmouth.

The Premier League says it will "robustly defend" its position and argues football's bankruptcy laws help "contain" the contamination of a club going bust. Without the rules, it argues, Watford would have followed Portsmouth into administration last year because of monies Pompey owed to the Hornets for the purchase of players. Instead, the Premier League was able to give Portsmouth's TV money directly to Watford to pay for the transfers of Tommy Smith and Mike Williamson.

When Sheffield Wednesday received notification of a petition to wind them up in July, it was the fifth time in three months that the taxman had taken action against a football club after papers were served against Cardiff City, Portsmouth, Preston North End and Southend United. Portsmouth's fate in Court 52 over the next 48 hours could have serious consequences for football far beyond Fratton Park.