This page has been archived and is no longer updated. Find out more about page archiving.
« Previous | Main 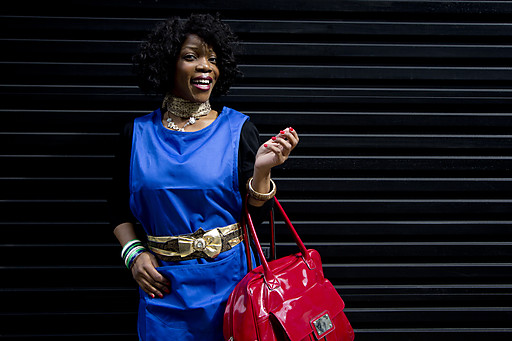 Radio 4's comedy, Beauty of Britain, is about a woman called Beauty Olonga, who works as a carer and sees herself as an inspiration to other young African women in Britain. Here she tells us more about her show.

"One of the people in charge at Radio 4 asked me to tell you about my new series. She said she would do it herself only she's not very good at 'writing-ey type stuff' and she's got a wedding to go to.

"I could tell she was important because she had a little fold-up bicycle and she only goes into the office two days a week. Since coming to this country to work as a carer, I have learnt to recognise how much power someone has by how small their bike is, how long their holidays are and how much extra work they ask you to do for nothing.

"The British also expect you to compliment them on their sense of humour - like when those elderly gentlemen sang about 'My generation' on TV the other night. But I've noticed that although they like to laugh they don't want to make eye contact. I think that's why Radio 4 is such an important part of their culture.

"Radio 4 normally starts the day with three hours of high-status men shouting at each other. Sometimes you can hear the velcro tearing on their cycling anklets when they get really worked up. Most of my clients like to shout back at the radio, especially when a man called Gary Richardson is on. The elderly women I look after tend to get very annoyed when Kirsty Young starts talking. Personally I can't see anything to complain about with Kirsty - okay, she lost her professionalism when Morrissey was her guest but I've seen a photo of her in Asda Shopper magazine and she is the only Radio 4 presenter who takes the trouble to do her highlights properly.

"If you are an African girl working as a carer you will pick up plenty of top tips from my new series; from how to upstyle your tabard to slow-cooking carrots overnight to getting your clients seen by NHS professionals who are so young they can't write out a prescription without sticking their tongues out and moving their lips. I'd been living here for nearly two years before I learned the key to dealing with registrars is patience and understanding. Young doctors are very overworked so it doesn't help to criticise them for not knowing how to dress for their shape and for only visiting the barbers once every six months.

"But I hope there will be something useful for everyone who listens to my show. And let's face it that means all of you because how many Radio 4 listeners actually go in to work on a Friday? Exactly."

Beauty of Britain goes out on Radio 4 Friday mornings at 11.30am.