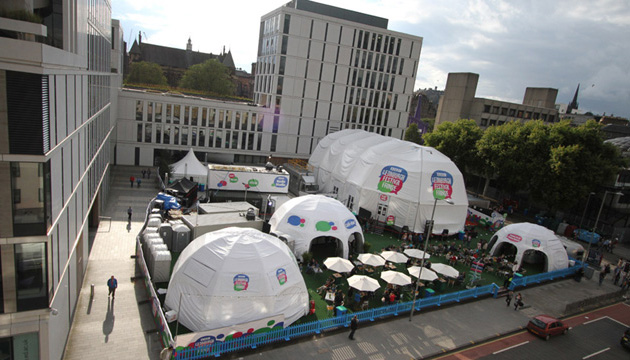 We're going back to the Fringe!

This summer, we'll pick up from where we left off last year when all our Fringe action came together under one roof. Expect even more performances and shows from across our site on TV, on radio and online.

We're going extra mile at the Fringe this year, hosting an overnight Comedy Marathon. BBC Three will start an epic overnight journey with a specially billed, anarchic eight hour show which will go out live on the Red Button from 9pm till 5am and forms part of the London 2012 Festival.

Our tented festival village opens on Friday, 3rd August and doesn't come down until the early hours of Monday 27th August, with over a 100 shows under its belt. 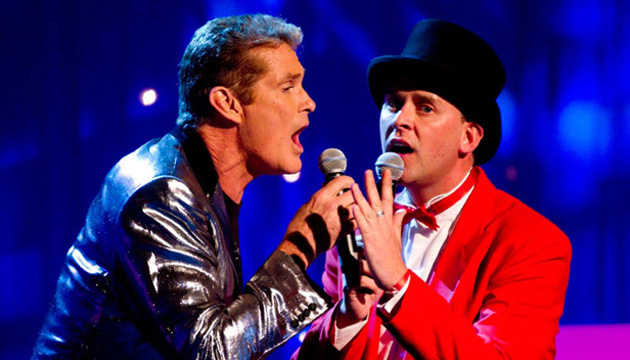 Last year, our venue enjoyed hosting shows from across the BBC. Where else in Edinburgh could you have found Ricky Gervais, Mark Lawson, Sarah Millican and David Hasselhoff on the same stage? (OK, not necessarily at the same time) - in case this all passed you by, here's a video of last year's highlights:

There is so much going on across the month, make sure you don't miss anything by following @BBCEdFest on twitter and via www.facebook.com/BBCEdFest

Free tickets for all of the on-site events, performances and Masterclasses are available from BBC Tickets from Thursday, May 31. Apply now to make sure you don't miss out!

BBC Radio 1's Scott Mills and Nick Grimshaw will be returning to present their spectacular Fun and Filth Cabaret, also part of the London 2012 Festival. And BBC Comedy Presents is back, showcasing the best of the Fringe with nightly shows.

Festival-goers can come together and marvel at our new big screen which will be showing the best of the Olympics live. 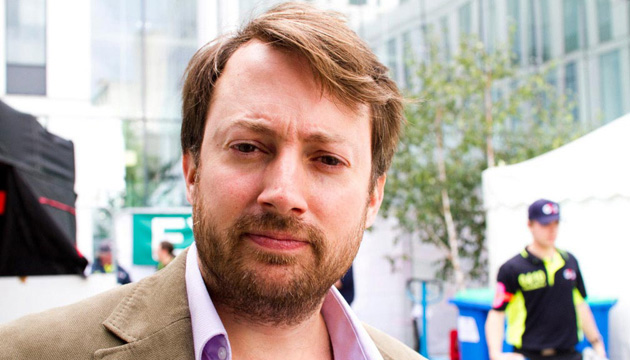 Radio 4 bring a host of listener favourites to the Fringe; David Mitchell will be dropping in to host The Unbelievable Truth, Nicholas Parsons and Paul Merton will rock up for Just a Minute, as will Clive Anderson for Loose Ends. Jim Naughtie is with us for a special Fringe edition of Today, and Rory Bremner's in town to host Tonight.

More Radio 4 recordings from the festival include Comic Fringes, with short stories created by popular comedians. Also, Front Row, The Horne Section, The Philosopher's Arms, Wondermentalist Cabaret, plus a new food panel show making its debut at the Fringe - The Kitchen Cabinet presented by Jay Rayner.

As well its regular stable of Edinburgh shows of MacAulay & Co and the Festival Café and in recent years Off the Ball - BBC Radio Scotland will be taking more stalwarts East including Vic Galloway and Jazz House, and as he did in 2011, to acclaim, Christopher Brookmyre will be combining comedy and books in a specially recorded series.

Radio 3 will broadcast In Tune live from Edinburgh with Sean Rafferty and Verity Sharp presenting two editions of Late Junction with live music and special features.

Radio 2's Steve Wright Show - with Patrick Kielty at the helm - will broadcast from the festival. Patrick's also hosting the Edinburgh heat of the Radio 2 New Comedy Award. And Penny Smith returns with The Radio 2 Arts Show.

There is also a chance for you to see Richard Bacon present his BBC 5live shows from the BBC venue at the Edinburgh Festival on August 22nd and 23rd with celebrity guests.

BBC coverage goes beyond the Fringe. The diversity of the Edinburgh festivals will be reflected across a range of output, including BBC Two's The Culture Show with Sue Perkins and The Review Show with Kirsty Wark. And as broadcast partner of the Edinburgh International Festival, Radio 3 will broadcast 18 live and pre-recorded concerts from the Festival.

There will be a host of other live music acts across the month, featuring special performances from world loop-station champion, Shlomo, as well as up-and-coming live music acts showcased by Vic Galloway and the BBC Introducing... team in Scotland. There will also be lots exciting things to do for families with young children.

Key events at the BBC@Potterrow are included in the Edinburgh Festival Fringe brochure, but further details of additional events including Masterclasses and Workshops will be announced in due course.