Christmas has come early! We really will be treating you this festive season - first Bleak Old Shop of Stuff, and now BBC One has announced Lapland, a 90 minute family comedy bound to warm your heart during the winter season. Filming is taking place in both the UK and... you guessed it... Lapland! 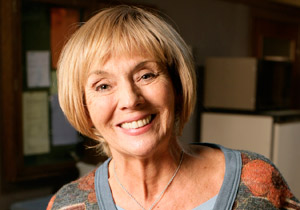 Sue Johnson (The Royle Family, Waking The Dead), plays Eileen Lewis, the mother of a large choatic family from Birkenhead.

And this year they decide to make a trip to Lapland to visit Father Christmas in person. So expect Huskies and Reindeers galore, and maybe a sighting of the magical Northern Lights...

Talking about her role, Sue Johnston says: "Lapland won't know what's hit it when the Lewis family arrive. It's a hopeful, bittersweet comedy and I'm delighted to be a part of it."

We can't wait for this to hit our screens later in the year, if you have any comments or questions let us know and we will pass them onto the production team!