The Twenty Twelve offices have been inundated with several letters wanting to know how the decision over which landmarks to use at the London Olympics was reached.

In order to illuminate this difficult process, the Twenty Twelve team have compiled a brief rundown of the other landmark venues that, unfortunately, had to be dropped from the games itinerary. 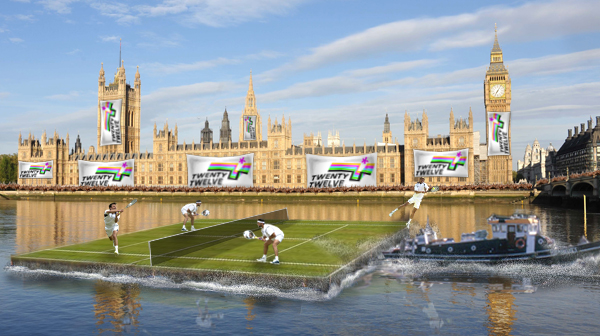 One of the mayor's big worries for 2012 was that city employees might shirk their jobs to watch the games.

As a result, it was felt that a venue which floated along the Thames, passing many large corporate offices, would be good way to encourage productivity - bringing the mountain to Mohammed, so to speak (NB: can someone please check if it's OK to say that?). Tennis seemed like an ideal 'raft sport' as the river would also categorically settle any disputes as to whether or not the ball was 'out'.

However after a feasibility study, in which one of the assessors unfortunately drowned, it was decided to opt for more traditional venues such as Wimbledon, Queens and, if needs be, Hounslow Leisure centre, pending rescheduling of the over 60's badminton (any word on that yet Graham?) 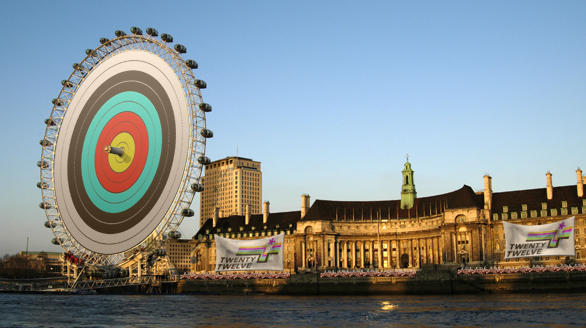 Here at Perfect Curve we strongly felt that using the London Eye as an archery target would provide the games with a truly iconic image - a 'poster boy' (or girl) for 2012.

Sadly the size of 'the eye' meant that a traditional target would have to be ever-so-slightly slightly 'scaled up', which apparently caused problems for the sport's ruling body. I suggested that the target could be made to appear the correct size by placing the archers further away - in Shepherd's Bush for example. However, this additional distance would, I was told, require the introduction of some sort of power assisted bows, which some felt would tread on the toes of the shooting events

Anyway, the issue caused a potentially lethal disagreement between the archers and the marksmen, so the idea was dropped. Shame if you ask me, but no one has. 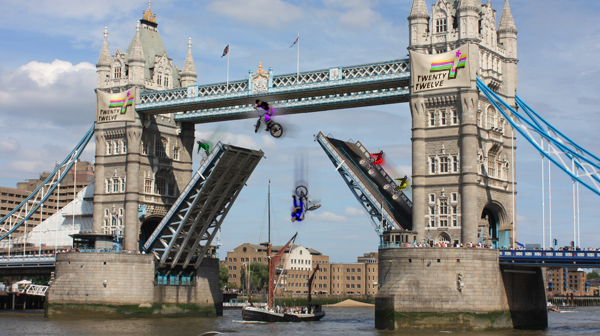 As Head of Infrastructure (roads and that) I was very excited to see this proposal cross my desk, as it utilised not only a world famous landmark, but also a really good bit of road.

Tower Bridge seemed like an obvious choice for inclusion on the BMX circuit, as the bridge mechanism provides an exciting 'jump' with an angle which could be scaled to individual skill levels so as to minimise casualties.

A counter-appeal is pending, if I remembered to submit the paperwork, which, now I think about it, I may not have. 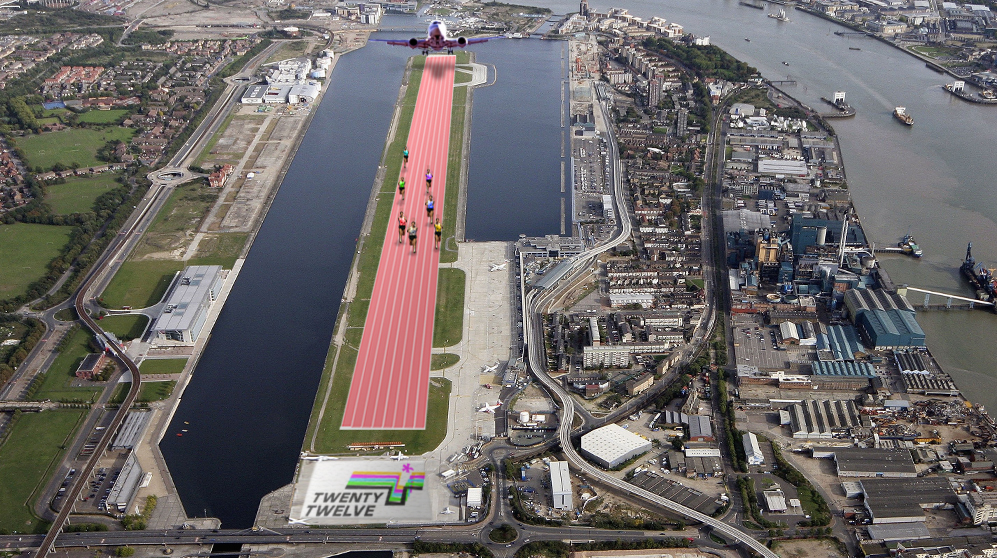 The inspiration for this idea came when I learnt that the '1500 metres' event has, apparently, never been run in a straight line purely because this would require 'something like an airport runway'.

Unfortunately it transpired that the runway is only 1319 metres in length, which the International Olympics Committee felt was was 'too short' for the 1500 metres. My suggestion that we instead used the venue for the 800 metres event instead was then rejected by our own Cost and Efficiency Department for 'wasting 519 metres'. These issues, compounded by the fact that the airport refused to cancel any incoming flights, made this proposal both logistically problematic and hugely difficult to timetable.