The series, narrated by David Tennant, follows the team responsible for delivering the 2012 Olympics in London. They've got nine billion pounds to spend and plenty of time to think about it all. What can possibly go wrong? Watch the trailer below.

Writer and director John Morton gives us the lowdon on the characters from Twenty Twelve. Read on to meet the team behind the biggest show on Earth! 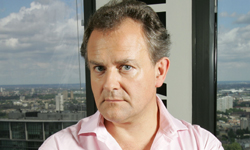 Favourite saying: "So no basically, it's all good."

A man who has got where he has because of his unique capacity to stay calm under pressure. He has the ability to remain relentlessly positive even when all evidence points in the opposite direction.


Before joining the Olympic Deliverance Commission as Head of Deliverance, he had spells with British Nuclear Fuels then progressed through the National Disasters Executive to his most recent job as Director of the Urban Regeneration Agency, in which role he was almost solely responsible for Manchester. 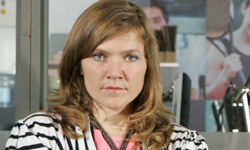 Favourite saying: "Guys we are where we are with this, and that's never a good place to be."

Getting the Olympic Account is the biggest thing that's ever happened to her, and certainly bigger than what is likely to happen to her career afterwards.

From Harpenden but thinks she's American. Very ambitious and with her dial set on transmit, Siobhan is an expert in all aspects of communications theory with the single exception of how to apply any of it.

Most of the time she isn't in a relationship because relationships - like lunch and listening - are for wimps.
Nick Jowett (Vincent Franklin)
Head of Contracts 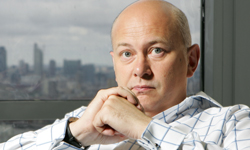 Favourite saying: "I don't care who you are. I'm sorry I'm from Yorkshire - I'm not having it."

Plain speaking Yorkshireman and the Geoffrey Boycott of the accounting world.

Once had trials for Huddersfield Town, and referees amateur football games at the weekend where he's known for routinely sending off one player from either side in the first ten minutes to establish his authority as scrupulously fair. Also plays golf pretty bloody seriously.

Divorced ten years ago. His ex wife now lives with an alternative therapist ("Whatever the hell that is") in Totnes.
Kay Hope (Amelia Bullmore)
Head of Sustainability 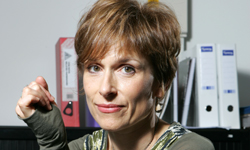 Favourite saying: "Sustainability is not the same as Legacy. It is not."

Tirelessly committed to the principle of embedding sustainability across all parts of Twenty Twelve, which is particularly important given that no-one seems to know exactly what sustainability is.

Single mother, recently divorced but now completely over it, completely happy, and completely not thinking at all about what a useless father, crap husband, and utterly failed so-called human being Simon was. One son (Kieren, 12) who is going increasingly off the rails both on the rare occasions when he's at school, and even rarer occasions when he's at home.
Graham Hitchins (Karl Theobald)
Head of Infrastructure 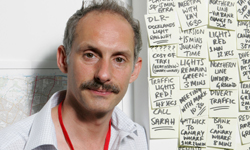 Favourite saying: "That's all fine... you mean this Friday?"

It will of course be a disaster for London and for Britain if the infrastructure for the Twenty Twelve Games goes wrong. And that's where Graham Hitchins comes in.

In this complex and specialist area you sometimes need to push beyond conventional logic and fortunately beyond logic is where Graham is much of the time already.

Can't see why it might be a bad idea to divert air traffic over Nuclear Power stations.

A loner, he frequently works late rather than going home, giving rise to speculation that he never goes home at all. He's also vague on the subject of exactly where he lives - "I got my own bathroom and everything". Since he's on Facebook, Twitter, Linkedin, Bebo, and (by mistake) Grindr it's no surprise that he has no time for a social life.

One thing he does have time for is an 1981 Alfa Romeo GTV. He attends Alfa Owners Club rallies at the weekend, often breaking down on the way there, the way back, or both. He once went out with a girl for three days after mistakenly attending an Alpha Course meeting on the assumption that it would be about cars. She was a devout Christian and asked him to marry her on their second date. He said he'd get back to her.
Sally Owen (Olivia Colman)
PA to Ian Fletcher 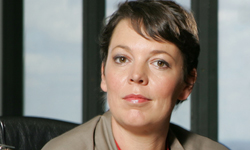 Favourite saying: "Yes no that's fine, not a problem. I've already done it."

Super-loyal, ultra-efficient, and hyper-protective of Ian, for the very good reason that she's in love with him. This is a love that runs very deep but dare not speak its name, since Ian is married.

But, as we know, he's unhappily married, and Sally lives her life in a state of perpetual but silent hope. One day he will surely realise that the smooth cappuccinos and huge, perfectly moist cinnamon Danish whirls with which she selflessly punctuates his working days are actually bought from a small coffee shop a block and a half away because the ones from the coffee chain in the building just aren't good enough.

In the meantime she hits the gym hard and makes the very best of herself whilst refining still further her extraordinary ability to fulfil, organise, and supply Ian's every last need well before he realises what those needs are.
Twenty Twelve begins on Monday 14 March at 22.00 on BBC Four.

Roger Mosey, BBC's director of London 2012 writes about the funny side of the Olympics.