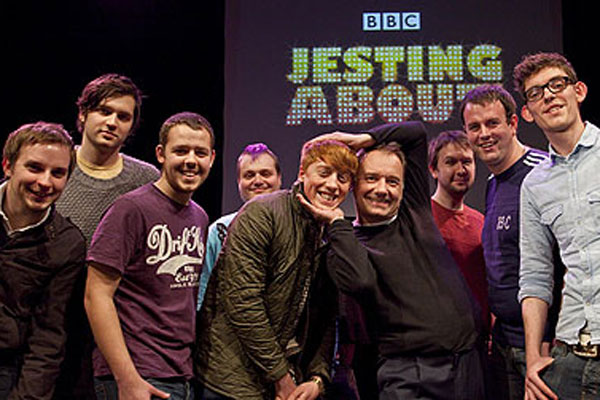 Over twenty aspiring comedy writers have won places on our Jesting About scheme, which was designed to nurture new talent in the North East.

Bob Mortimer said, "When I launched Jesting About in December last year, I said that some of the funniest people I have ever met are from the North East and judging from the hundreds of comedy ideas, scripts and sketches that have been sent it seems that I was right. There's been a great response and now it's time to get down to business and turn the ideas into reality."

The winners are as follows:

TV Writing Team - Developing a script for a BBC One sitcom.

Everyone have two months to learn from successful professional funny people like Bob Mortimer, Ross Noble, Ian Le Frenais and Susan Nickson. They will then showcase their pilots to commissioning editors in Newcastle on April 20th.

We can't wait to see what they come up with!