is a freelance writer/photographer based in Hong Kong 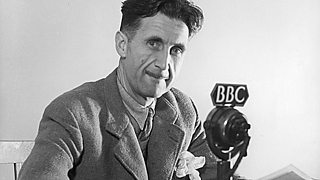 In the days before the 25th anniversary of the Tiananmen Square protests, I was in Hong Kong to report on the opening of the world’s first permanent museum to the untold number of pro-democracy activists killed by Chinese government forces in the early hours of 4 June 1989.

Hours after I published the story, one of my sources emailed me: "It is too bad that the piece describes the massacre as… IN Tiananmen Square, rather than NEAR the Square.” I read that sentence over and over. Most of the people killed on 4 June were attacked in the streets surrounding Tiananmen (as pictured below). If the article misrepresented this detail, my source added, it offered the Chinese government “deniability that they shouldn't have”.

I’d run foul of a core responsibility of journalism: get the facts, even the smallest, right. My mistake also reminded me that history, selectively told, can offer a significant bounty. And no-one appreciated this more than a lanky, rags-to-radical writer named Eric Blair.

Born 112 years ago this month and better known as George Orwell (pictured above at a BBC microphone), this hack-turned-revolutionary-turned-author crafted everything from spirited literary reviews and scathing political take-downs to some of the 20th century’s most bracing fiction. His feverish work, in his shortened 46 years, inspired in many journalists the “power to face unpleasant facts”. For some, he came to serve as patron-saint for the world of journalism.

To bear witness to the great failings of power was essential, Orwell said, but the journalist’s responsibility also demanded the most clear and compelling record-keeping.

“He understood how great, noble ideas can turn into their opposite,” said the late Christopher Hitchens, a life-long student of Orwell’s work. Reading Orwell is “not an exercise in projecting blame on others, but an exercise in accepting responsibility for yourself”.

Orwell produced a canon of candid reflections and incisive reportage - from the battlefields of civil war Spain to the dank public hospitals of Paris - all delivered so crisply and accessibly that he appealed to both the upturned and down-and-out classes of his time.

He asked tough questions, and identified the falsity of official answers. In the end he was able to pierce holes in the violent ideologies that underpinned systems of empire - fascism and Stalinism. But through it all Orwell remains the perpetual modern - his timelessness in no small part owed to his commitment to truth, a principle the public seems to find missing from modern media.

Last year US polls showed levels of trust in the media “fully, accurately, and fairly” reporting the news registering at a 15-year low. This spring the public relations firm Edelman found global trust in media had shrank from 53% to 51% in the previous 12 months. This year less than 43% of respondents in the US and UK said they trusted their media institutions.

Amidst this crisis journalists ought to look for guidance, and I believe Orwell left the world of journalism some of its soundest advice. In Why I Write he invokes his desire to “expose… some fact to which I want to draw attention” - the most basic and romantic of journalistic motivations. But in a 1946 essay Politics and the English Language he clarifies that this transparency can only inspire informed debate if the journalist ensures clarity of both language and thought. For Orwell, these factors were mutually dependent. 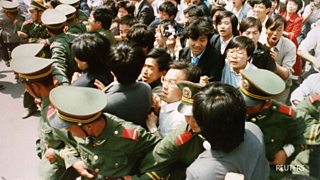 This is where we journalists may have missed a step, as evidenced in the most pervasive story of our time: terrorism.

In 2009, Christopher Hitchens warned that terrorism, despite the rampant adoption of the term, haplessly defines a set of actions, without distinguishing a particular realm of actors.“All parties to all wars will at some time employ terrorizing methods,” he wrote. “But then everybody except a pacifist would be a potential supporter of terrorism. And if everything is terror, then nothing is - which would mean we had lost an important word of condemnation.”

Hitchens was not alone.

“We obviously deny that terrorism has any stable meaning, agenda and political content,” wrote Giovanna Borradori, in the introduction to her 2013 book, Philosophy in a Time of Terror, which features a series of dialogues between the philosophers Jurgen Habermas and Jacques Derrida after 9/11. Citing Derrida, she notes that “deconstructing the notion of terrorism is the only politically responsible course of action.” Without clarity, terrorism has become a reliable liability.

For example, the New York Times just last week published data from David Sterman and Peter Bergen of New America, an US think-tank, which found 46 deaths in the United States had been caused by “extremists who are not Muslim”, compared with 26 by “self-proclaimed jihadists” since the attacks of 11 September 2001.

Scott Shane’s NYT report on the findings offers at least two telling verdicts: first, that defining terrorism remains a complicated and subjective endeavor “relying on shifting definitions and judgment calls; secondly, “terrorism” carries its own specific cultural baggage that, according terrorism scholar John G Horgan, has created an imbalance between public perceptions and actual cases of jihadi-sponsored terrorism on US soil.

This means that when journalists use the term ‘terrorism’ they risk serving particular truths instead of actual truths. When the particular truths are culled from government - the very organ of power journalists ought to be scrutinising - this expedient use of language becomes, as Orwell warned, an abdication of journalistic responsibility. We offer readers the right to imagine what we mean by terrorism and then to form their own assertions, dressed as fact.

"Everything in our age conspires to turn the writer, and every other kind of artist as well, into a minor official, working on themes handed down from above and never telling what seems to him the whole of the truth,” Orwell wrote in the ashes of World War Two. “Political chaos is connected with the decay of language."

To be clear, terrorism can (and should) be written about and, as a tactic, condemned in all its instances. But those who seek to tell this story, who care to expose the truths of terrorism in service of politics or policy, ought to be granular about what it means to them. There cannot be a ‘war on terror’ any more than a politician can be ‘tough on terrorists’. And not all 'terrorists' are created equal.

For Orwell, language can serve as an advantage or obstacle in the battle for clarity: “Gumming together long strips of words which have already been set in order by someone else” is easy, he writes, offering instead this basic checklist for journalists:

“Beware of my partisanship, my mistakes of fact, and the distortion inevitably caused by my having seen only one corner of events,” Orwell wrote at the close of Homage to Catalonia, his memoire of the Spanish Civil War.

For Oxford historian and political commentator Timothy Garton Ash, writing in The New York Review of Books, Orwell was not immune to errors of fact, but he girded these critiques with commensurate self-awareness. He ensured, wrote Garton Ash, “we never for a moment doubt that [Orwell] is trying to tell it exactly as it was”.

Adam McCauley will complete his studies in International Relations at Oxford University later this year. His research areas include American foreign policy in West Africa, as well as the media’s cognitive framing of complex security crises.