Why doesn’t BBC let other people use its local output for free? #localjournalism 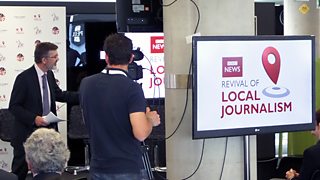 The BBC's Nick Highham presenting at the conference

The brutal economics of digital point to a future with fewer local news originators, more copying and shorter content.

So in an age of political devolution when, for accountability, Britain needs more local media, could the BBC add to the news ecosystem by opening up its local news content under a creative commons licence for commercial and non-commercial reuse?

Put simply, can the BBC give away its local news, both in real time and its local archive, for other local media to reuse - in newspapers, blogs, Twitter, TV, radio etc - for free, with proper attribution? Would the net benefits for society outweigh any costs?

I floated this notion at the BBC’s Revival of Local Journalism event at Salford on 25 June. And I was encouraged that James Harding, BBC director of news and current affairs, and David Holdsworth, controller BBC English Regions, agreed in a polite, non-specific way that this was ‘the sort of thing we would look at’.

I was also surprised that I wasn’t cornered by the commercial local media who in days of yore would have cried ‘crowding out’. But I was in a minority who weren’t convinced by the good-natured rosiness about the state of local journalism at the event.

Roy Greenslade wrote in the Guardian about the hollowing out of editorial staff on newspapers instead of the wholesale closure of titles. This is hard to prove but no-one is disputing what seems to industry insiders to be true and has a business logic: don’t sacrifice advertising territory through closures; just reduce the costs of production. The former has the effect of reducing the number of people available to produce original, time-consuming content.

As a long-term user and content originator in social media, I observe an acceleration of lifting, ripping off, copying or ‘social media sharing’, as it’s known. I have had my own website’s feed ripped off wholesale by ad-selling aggregators a couple of times. And the level of sharing ‘news’ of dubious provenance on social media is remarkable.

Practice, and it seems the law, is evolving in this area, but the recent allegations against the Daily Mail in Australia seem to take it to a whole new and worrying level. Love or hate it, the Mail is the best out there online, in an awful way, and where it leads others will follow. Practice might ebb and flow with court cases, but it seems unlikely that this trend will fully reverse - especially as it is largely civil offences in this area, not criminal ones.

In politics, Labour’s Jon Cruddas has set out an eloquent and compelling case for devolution of decision-making to a much more local level. The coalition government has also been devolving, in fits and starts. This creates an even greater need for scrutiny at local level and communication of information about local services.

These three factors - a reduction in news producers at a local level, increased ‘sharing/lifting’ and a need for greater scrutiny - call for some new approaches to increase the supply of original, well-sourced local news. 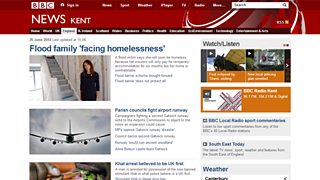 I’m not alone in criticising the BBC’s local work for being too ‘regional’ - not local enough - and at times a bit old-fashioned. But it is a huge national asset of great importance in the context of the changes above. I’ve also spent a lot of time in meetings with BBC people trying to encourage them to open up and work collaboratively.

I’d like the BBC to explore and experiment with making its local public service output available for free under a creative commons licence, allowing it be reused commercially and non-commercially. This would add to the stock and flow of credible, well-sourced local journalism in the local media ecosystem; freely and legitimately sharable.

It could provide high-quality ballast content for local commercial media (rather than press releases) and ensure greater reach for the BBC’s publicly funded output among a fragmented audience. It would allow local commercial journalists to add colour to the BBC’s assiduously balanced but often dry output. And entrepreneurs and creatives would have fascinating raw material to remix into new products. The BBC would be following the lead of other great media owners such as the British Library, the Smithsonian, and to some extent Getty Images, in making its material available for reuse.

But of course it isn’t that simple. Local media is a contested market with substantial state intervention and a long history of bitterness and mistrust between major players.

What content to release. Begin with all local news output broadcast on TV and radio and written for the web. Make it available on publication or at end of programme transmission. And also archive material.

Which licence? CC BY (the most liberal Creative Commons licence but still requiring attribution - who the content is ‘by’) or CC BY-SA (‘share-alike’, with slightly different licensing restrictions). Creativity would be maximised if people were able to remix BBC content.

Crowding out. Would the appearance of BBC content in the market for free have a crowding out or ‘dumping’ effect on competitors? BBC content is already available free at the point of delivery in the market: it just can’t be reused. And BBC coverage areas are not on the whole the same as those of newspapers. They cover bigger patches (with the exception of one or two cities). Due to the overhead of broadcast-led production, the BBC produces less content per unit of time than a paper. The BBC Local web product has been criticised by the BBC’s own viewers’ panel and isn’t all that threatening.

Market impact. The BBC needs to have an open conversation, in the round and in good faith, with commercial and non-commercial news producers about the impact on their businesses, learning from previous disastrous encounters (such as its local video discussions some years ago).

Societal impact. The objective is to improve the availability of original material for others to reshape legitimately into news and information products, growing the market. This needs testing with real experimentation and modelling.

Radio news. This requires careful examination: there is a market in supplying a radio news service to commercial radio. ‘Dumping’ BBC news into it could be distortionary. But it’s possible that Ofcom could resolve this. 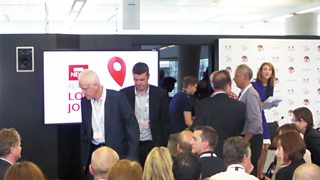 All change at the Revival of Local Journalism conference

Regulatory regime. The local plurality regime is downright weird and shows its age. Would these proposals increase or diminish the number of voices? By providing a base load of content for web operations, they could encourage market entry, rather than just managing exit, which is all the current regime does.

Quality of journalism. Extending Greenslade’s thesis, the density of journalists per square mile is falling faster than productivity increases, leading to a net loss in the ability to cover news in any given square mile. For readers, these changes might inject quality journalism into a local paper that can’t afford it. Or they might be an excuse for business owners to cut editorial staff, as one Twitter commentator has already suggested.

Loss of revenue to the BBC. I don’t know how much the BBC makes selling its local news products to others. Maybe the number is published, but I couldn’t find it in the annual report of BBC Worldwide, nor the BBC. I’d hazard a guess that it isn’t much.

Residuals and rights. My understanding is the local archive has relatively low issues with rights, as the BBC mostly produces it in-house and owns it.

There’s loads more that could be said, and it would be great to see the BBC run an open, transparent process to discuss this and all the other interesting titbits it mentioned at the Salford conference.

If the future of local journalism is about a co-operative ecosystem, then the BBC has a great opportunity to lead by example.

A thousand flowers bloom in local journalism: But how many will survive?

Welcome to a new golden era

Why you can’t sell local news and give it away at the same time?

The Revival of Local Journalism

Are we helping ISIS by running its videos on the news?